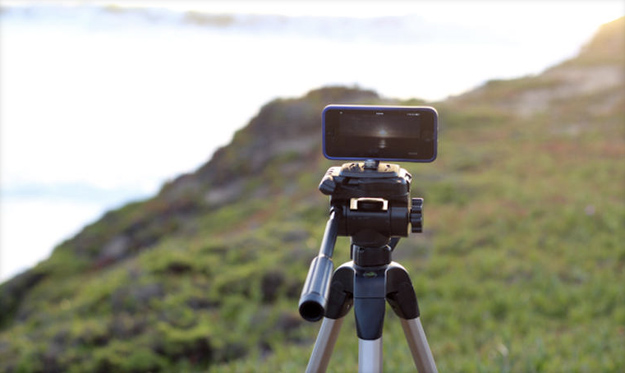 Over the past few years, cameras on modern smartphones have become shockingly impressive. Well, some of them have, at least. Gone are the days of having to carry a cell phone and a separate compact digital camera, since the photos captured by many high-end smartphones like the iPhone 5s, Samsung phones and Nokia phones are nearly as good as images taken with point-and-shoot cameras. In fact, some smartphone cameras are even better than many dedicated cameras. As good as these mobile camera have gotten, though, they all have one fatal flaw: You’re the one taking the pictures.

We’re not trying to say you’re a bad photographer or anything, but smartphones pack a ton of technology into a very tiny space. As a result of these thin designs, they simply cannot have the same type of optical image stabilization technology that dedicated digital cameras have. Of course, even the most steady-handed people in the world still make small, barely perceivable movements while taking a photo.

As it turns out, there’s an easy DIY way to address the problem, and all it takes is $15 and 5 minutes of your time.

CNET’s Sharon Vaknin has posted a video and instructions that will teach you how to transform just about any smartphone case on the planet into a makeshift tripod mount in just 5 minutes. All you’ll need is a smartphone case and a tripod, and the rest of the parts can be purchased for about $15 from any hardware store.