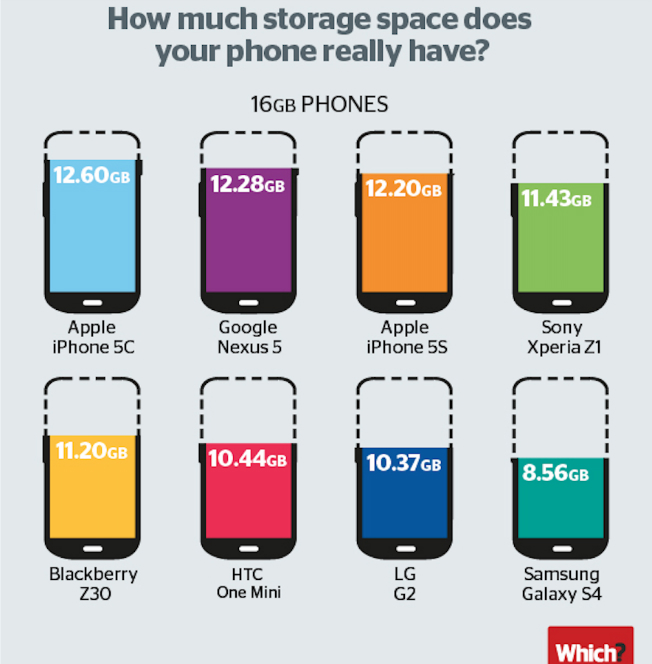 One of the problems with Android devices is the amount of OEM and carrier bloatware that’s preloaded on them, which can’t be easily removed by users. While South Korea has passed a law that will force device makers and carriers to allow users to easily delete pre-installed apps they don’t find useful, similar laws do not exist in other countries. That means users have to resort to rooting their device to get rid of unwanted software in order to free up storage and/or improve device performance.

However, there may be a simpler way to deal with bloatware without worrying about rooting a device, and that’s ignoring it while increasing on-board storage. To further help users extend their storage needs, SanDisk on Monday at MWC 2014 announced the world’s highest capacity microSDXC card that can offer users 128GB of storage, dethroning the 64GB cards that were previously the highest capacity options for Android devices.

However, in addition to the high price, there may be some additional drawbacks that may prevent users from immediately enjoying the card on some Android devices, namely the lack of a microSD slot on a phone or tablet, or lack of support for 128GB microSD cards – so far only the Galaxy S5 will be able to use 128GB microSD cards, but other future device should be compatible with SanDisk’s latest card.

For buyers purchasing unibody Android devices that don’t have microSD slots, there’s always the option of purchasing cheap microSD card readers that would let them use the new 128GB microSD card with their Android devices via an USB OTG connection. Naturally, Android users can always connect actual hard drives to their devices to further increase storage, but they’d certainly be more inconvenient to use than a small 128GB microSD card. Similarly, relying on cloud services for virtual storage is also an option, although that requires a permanent Internet connection for immediate access to files.

Speaking about bloatware on the Galaxy S5, the phone’s ROM uses half of the available 16GB built-in memory, even though Samsung’s Galaxy S5 presentation suggested the company may have dialed down on its own bloatware.

New technology innovation helps boost microSD™ card capacity by 1,000X in less than a decade
Consumers can now store 16 hours of Full HD video, 7,500 songs, 3,200 photos and more than 125 apps,1 all on a single removable card

MOBILE WORLD CONGRESS, BARCELONA, Feb. 24, 2014 – SanDisk Corporation (NASDAQ: SNDK), a global leader in flash storage solutions, today announced the new 128GB2 SanDisk Ultra® microSDXC™ UHS-I memory card, the world’s largest capacity microSD card. Smaller than the size of a fingernail, the new SanDisk Ultra microSDXC card enables consumers to use their phones and tablets as if storage limitations were never a concern, allowing users to capture thousands of songs and photos, and hours of video on a single, removable card.

“SanDisk’s high-performance 128GB SanDisk Ultra microSDXC memory card will reshape the way users interact with their devices,” said Stuart Robinson, director, Handset Component Technologies, Strategy Analytics. “Until now, consumers had to spread out their content between multiple products because the memory on those devices was not able to hold enough data in one place. This 128GB microSD card is going to be popular as the preferred removable storage option, giving users fast, secure and reliable access to their personal data archives.”

“The new SanDisk Ultra microSDXC card again demonstrates how SanDisk continues to expand the possibilities of storage so that consumers can benefit from our latest technology advancements,” said Susan Park, director, retail product marketing, SanDisk. “With 128GB of removable storage, consumers will enjoy the freedom to capture and save whatever they want on a smartphone or tablet, without worrying about running out of storage space.”

An Enhanced SanDisk Memory Zone App – Smarter Ways to Organize, Optimize, and Backup Android Smartphones
A new version of the SanDisk® Memory Zone app (available on the Google Play™ store in beta) lets users easily view, access, and backup all of their files from their phone’s memory in one convenient place. As a part of the SanDisk Memory Zone app, SanDisk is releasing OptiMem™, a new feature that allows Android users to enhance their phone’s internal memory by automatically transferring some of their old photos and videos to their microSD card4. OptiMem will continuously monitor the user’s mobile device memory levels, and inform them whenever the internal memory falls below a pre-defined threshold.

Technological Breakthrough
Compared to when the microSD card format was first launched in 2004 with 128MB of capacity, SanDisk has increased storage capacity of microSD cards 1,000 times over in less than a decade with the 128GB SanDisk Ultra microSDXC card. To enable 128GB of storage on a removable microSD card, SanDisk developed an innovative proprietary technique that allows for 16 memory die to be vertically stacked, each shaved to be thinner than a strand of hair.

“The technology used to design the 128GB Ultra microSDXC card is well in line with what mobile users expect, and demonstrates SanDisk’s commitment to mobility,” said Christopher Chute, research director, Worldwide Digital Imaging, IDC. “Being able to fit this much capacity into a microSD card smaller than a fingernail is a game changer, and expands the possibilities of what people can do with their mobile devices. The 128GB Ultra microSDXC card frees users from constant concerns around storage limitations.”