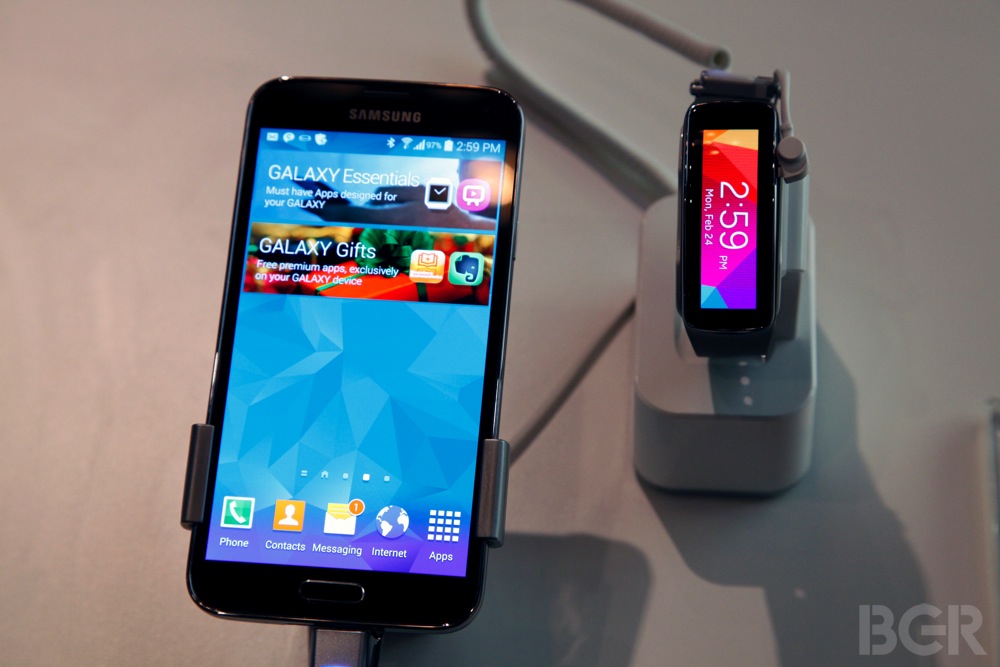 Unlike with its previous Galaxy S or Galaxy Note models, Samsung has not introduced a plethora of new software features with the Galaxy S5 built on top of Android. Instead, the company focused on only adding certain features to the phone, which seems to confirm the reports that said Google was not very happy with the way Samsung has been customizing Android and forced the company to give up the practice.

Health is one of the central features of the Galaxy S5, thanks to its built-in heart rate monitor, although other health and fitness features are also available, as the phone will help users track exercise, weight, food, sleep with a special Lifestyle Coach app. The S Health app will also receive and track fitness data from wearable devices, assuming users buy any of the new Gear devices.

The other new sensor for a Samsung phone is the fingerprint scanner embedded in the Home button, which can be used to unlock the phone, activate a Private Mode and also complete online payments via PayPal.

The Ultra Power Saving Mode is a software feature that will help future Galaxy S5 buyers conserve battery life in tough situations by shutting down the unnecessary stuff and turning the display black and white.

Kids Mode, which was previously leaked, is a mode that lets parents customize the smartphone experience for their children who want to use the device, and only offer restricted access to certain games and apps while they use it.

Even with the camera features Samsung seems not to have overdone it like with previous flagships. The 16-megapixel camera comes with a Phase Detection Auto Focus feature that offers a faster response time than previous phones. Furthermore, the camera offers real-time HDR and Selective Focus, to allow users to better control the focus of photos.

Overall, Samsung has reworked the entire TouchWiz interface to offer a flatter, simpler UI that features round icons, just as it previously hinted. But even though Samsung seems to have cut down on new bloatware, some of the “old” TouchWiz features may still be in there. Interestingly, the company has not mentioned how much storage is available to the user, and how much is occupied by the operating system and its own apps. The basic Galaxy S5 model will ship with 16GB of on-board memory.