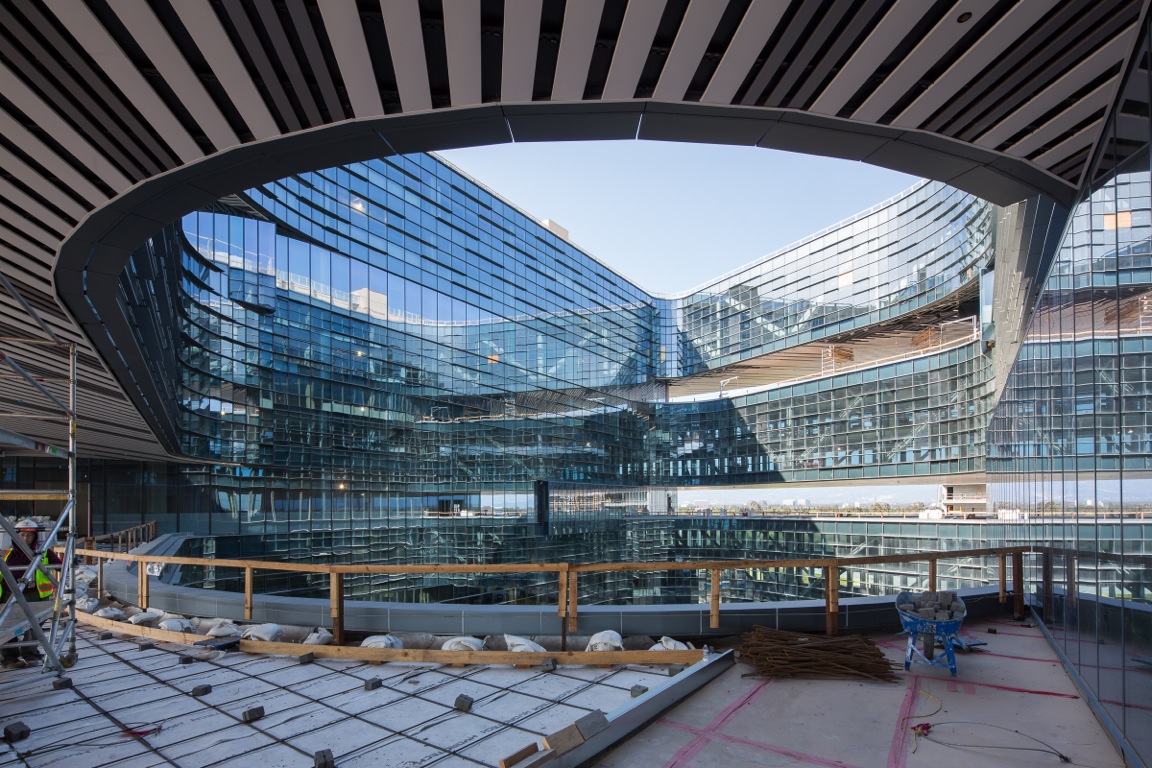 Back in 2013, we told you about an incredible new facility Samsung planned to build in Silicon Valley. Just a stone’s throw from Apple’s current home in Cupertino, California, Samsung’s San Jose Campus is a $300 million project that will house two main U.S.-based teams: Samsung’s research and development division, and its sales unit.

Well-known architecture planning and design firm NBBJ was contracted to design and help manage the project, and the company has just provided BGR with some stunning photos of the facility’s progress.

Back in 2013 when we covered the project, it was little more than a series of mockups, gorgeous though they might have been. Reality almost never does justice to design renders, but sometimes we’re pleasantly surprised.

NBBJ tells us that construction is on schedule and the new Samsung facility is on track to open later this year. In the meantime, here are seven more photos of the stunning HQ’s progress, in addition to the three above: