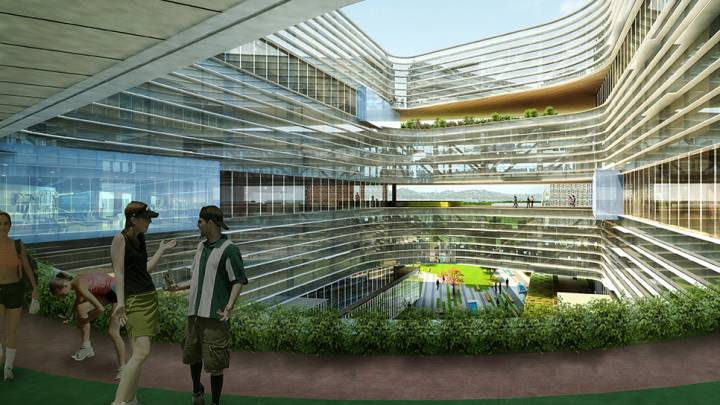 Apple is doing everything it can to crush top rival Samsung but starting in 2015, the iPhone maker will be seeing a lot more of Samsung than it ever wanted to — literally. Samsung this week breaks ground on its new $300 million offices in San Jose, California, just a stone’s through from Apple’s Cupertino headquarters. The new Silicon Valley office will house roughly 2,000 Samsung employees when it is completed in about two years, and it was designed by noted architecture firm NBBJ. According to the firm, Samsung’s new facilities will feature two 10-story towers and an amenity pavilion, and it will be divided into two sections that split the R&D and sales departments. Additional renders of Samsung’s new Silicon Valley headquarters follow below.