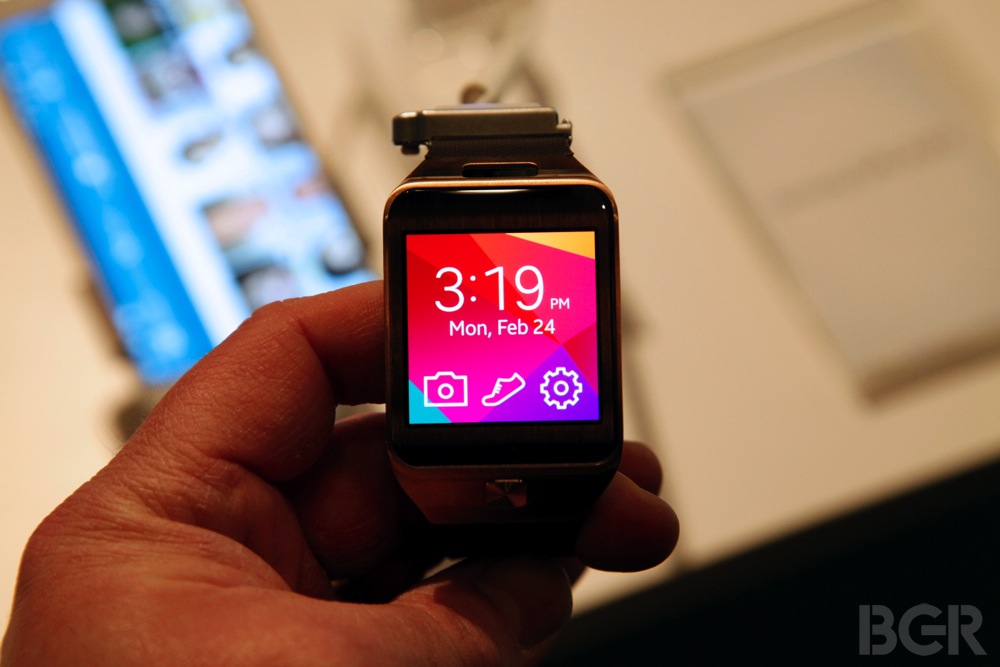 Samsung was so excited about its new Gear 2 and Gear 2 Neo smartwatches that the company couldn’t even wait for its Mobile World Congress press conference on Monday to unveil them. Instead, Samsung announced the new wearable computing devices early Sunday morning. To be honest, you can’t blame Samsung for being overly eager to announce the devices so that the company could begin to help us forget the original Galaxy Gear smartwatch.

Now that the dust has settled from Samsung’s huge Galaxy S5 unveiling, we finally got the chance to spend some time with Samsung’s new smartwatch trio.

The first thing one might notice when checking out the Gear 2, Gear 2 Neo (which is basically just a smaller Gear 2) and Gear Fit is that these devices are very solid. The build was never the issue with Samsung’s first smartwatch — in fact, we said it was the most premium-feeling mobile device the company had ever launched — and the fit and finish are once again impressive on Samsung’s new wrist-worn wearables.

Both the Gear 2 and Gear 2 Neo feature designs that are very similar to their predecessor, though a few important changes did not go unnoticed. For one thing, there is now a physical button beneath the display on each smartwatch. Also, and far more importantly, the gigantic lump on the Galaxy Gear’s strap that held the camera is now gone. Samsung was able to include the Gear 2’s camera in the stainless steel case this time around, and the Gear 2 Neo doesn’t have a camera.

The Gear Fit is a completely new design that some people will adore and some with hate. It flips the display on its side and increases the focus on heath tracking as opposed to watch functions.

The other huge change is obviously Samsung’s move to use its Tizen mobile operating system instead of Android to power the new Gears. Where the user is concerned, however, it’s not really a big deal. Just as the Galaxy Gear’s OS was not distinguishable as Android to the user, Tizen on the Gear 2 and Gear Fit looks very similar to the original user interface and completely unlike any phone Samsung has ever launched.

Beyond all that, I found the user experience to be very similar to the one afforded by last year’s Galaxy Gear. The graphic interface looks great and is perfect for a device with a small display, and the quality of Samsung’s AMOLED screens remains impressive. The biggest difference here is likely the fact that the new models are equipped with some new functionality, including integrated heart rate monitors, dedicated exercise modes and a sleep monitoring function.

And unlike the original Galaxy Gear, which could only be used with the Galaxy Note 3 while it debuted, the new Gear 2, Gear 2 Neo and Gear Fit will be compatible with numerous Samsung smartphone models at launch.

Samsung’s new Gear 2, Gear Fit and Gear 2 Neo smartwatches will begin rolling out around the world on April 11th.