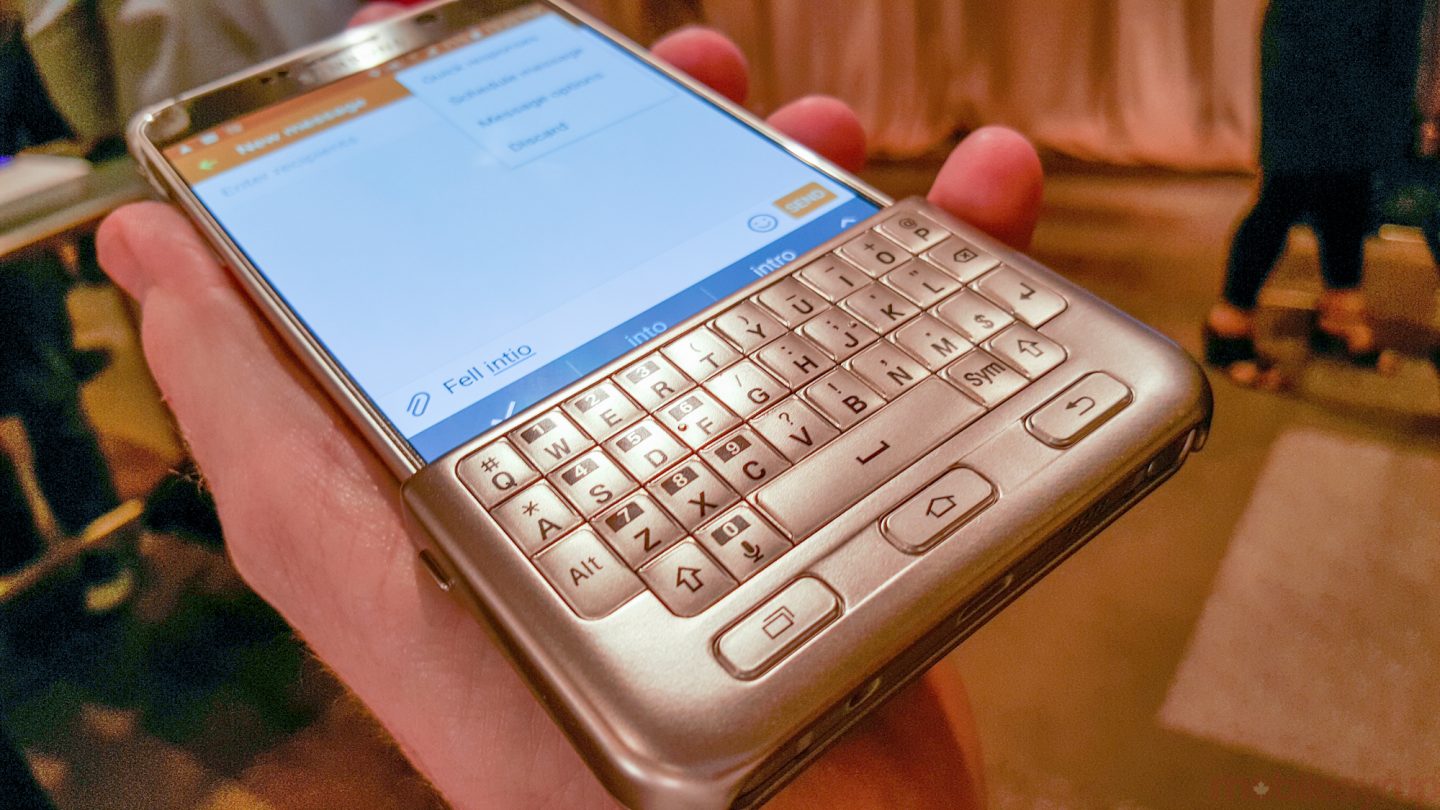 Samsung this week introduced a new QWERTY keyboard accessory for the Galaxy Note 5 and Galaxy S6 Edge+, proving once again that truth is stranger than fiction. The year is 2015, and Samsung, as it desperately tries to inject some life into slumping smartphone sales, decided it might be a good idea to conjure up the spirit of BlackBerry circa 2010.

Even if we completely ignore how it looks, how much it costs ($80!), and whether or not anyone is even interested in using a smartphone with a physical QWERTY keyboard these days, Samsung’s new accessory is an utter disaster for one simple reason — it doesn’t work.

DON’T MISS: Amazon is offering over $90 worth of paid Android apps for free – download them now

Mashable recently had some time to play with the keyboard add-on and, to put it kindly, they weren’t thrilled with it.

For starters, the keyboard design itself seems like something you might expect to see come out of a weekend hackathon. Made out of plastic, the keyboard buttons are designed to line up directly above the device’s virtual keyboard. In effect, users are doing nothing more than mashing on plastic keys “that are pressing the onscreen buttons.”

A sophisticated solution this is not, and yet Samsung somehow thinks this is worth $80.

When giving the keyboard a test spin, Mashable’s Raymond Wong couldn’t even manage to type in ‘Mashable.com’ successfully.

The keys are flat and don’t have the perfected arc curvature that BlackBerry phone keyboards have. (I would know, I reviewed the BlackBerry Classic and it has an amazing keyboard.) When I pressed the letter “M”, my thumb kept mashing the buttons around it and I don’t even have big thumbs.

I mean, on one hand you’d like to give Samsung credit for having no qualms about throwing everything against the wall in an effort to see what sticks. After all, this approach does make for great entertainment. But on the other hand, well, it’s just hard to take something that looks funky and doesn’t even work all that seriously.