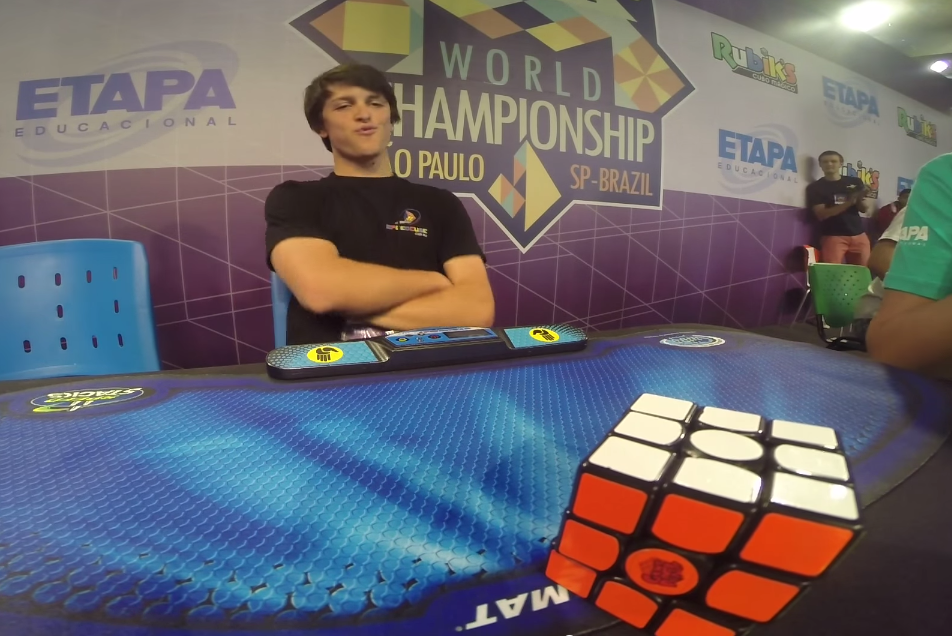 Rubik’s Cubes were the annoying puzzles that parents used to use to keep their children busy before video games became a thing. However, some young people still do play with Rubik’s Cubes and they’re actually astoundingly good at them. One such person is Australian teenager Feliks Zemdegs, who recently won the Rubik’s Cube World Championship by solving each puzzle in an average of 7.56 seconds. Yes, that’s an average of 7.56 seconds — his best overall time was a blazing 5.6 seconds.

DON’T MISS: The speech Nixon would have given had Armstrong and Aldrin got stuck on the moon

Zemdegs this week posted a video of himself solving the Rubik’s Cube in 5.6 seconds, which Australia’s ABC News helpfully informs us was the second-fastest time ever recorded — American Collin Burns holds the world record of 5.25 seconds.

At any rate, the video shows how Zemdegs picks up the cube and studies it for a moment before starting the timer. Once he does start the timer, he blazes through the cube at an astonishing speed that those of us with mediocre spatial relations skills can only marvel at. In no time, the cube’s colors all perfectly align and Zemdegs has a facial expression of perfect satisfaction. Check out the whole video for yourself below.