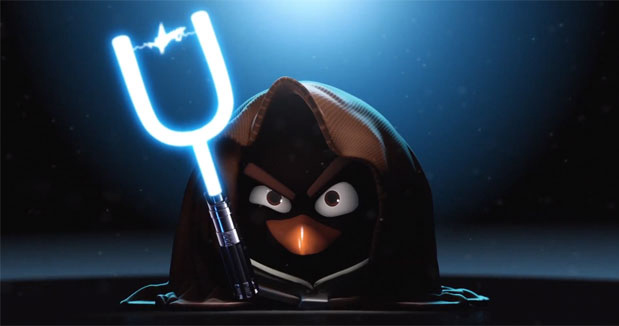 Although we’ve come to expect the National Security Agency to spy on Internet users by hacking into Microsoft, Google and Facebook’s data centers, even the most cynical among us didn’t imagine that the NSA had similarly latched its tentacles onto Angry Birds. And yet that’s just what we learned on Monday when a Pro Publica investigation found that spy agencies are able to determine an Angry Birds player’s “location, age, sex and other personal information” using data culled from advertising firms such as Millennial Media.

Now, however, Rovio has come out with an adamant denial that it had any role in handing its gamers’ personal information to the NSA or any other spy agency.

“The alleged surveillance may be conducted through third party advertising networks used by millions of commercial web sites and mobile applications across all industries,” the company writes. “If advertising networks are indeed targeted, it would appear that no internet-enabled device that visits ad-enabled web sites or uses ad-enabled applications is immune to such surveillance. Rovio does not allow any third party network to use or hand over personal end-user data from Rovio’s apps.”

That the NSA scandal has forced Microsoft, Google and Facebook to issue panicky statements reaffirming their respect for users’ privacy is one thing, but getting Rovio to issue a similar statement is quite another. It’s only a matter of time before we learn that the NSA has hacked into King’s central data base to dig for information on Candy Crush-playing al Qaeda operatives.