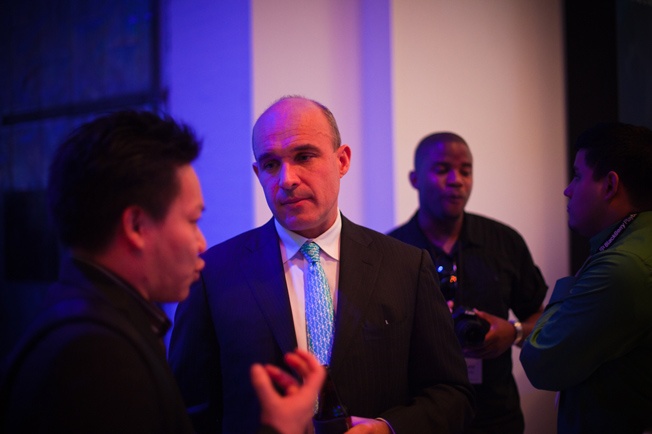 Research In Motion (RIMM) was back in the news this week, but for all the wrong reasons. It seems like RIM is always in the news for the wrong reasons, though, and my inbox is full of emails from enthusiastic BlackBerry users fighting for their team. Most of us don’t have teams, of course — these are phones we’re talking about — but the bond between a man and his smartphone (or a woman and her smartphone) can apparently be a pretty sacred thing.

It’s not possible for me to respond to all the emails I get, let alone messages from smartphone enthusiasts upset because they think I panned their beloved BlackBerry phones. Or their incredible iPhones. Or their amazing Android phones. It’s a shame, though. When I am able to spend the time to reply to these messages and explain why they might not be taking the big picture into account, we often go on to have great chats. But alas, there are only so many hours in the day.

Let’s try to do this on a larger scale…

While thousands of men and women contributed to RIM’s success, two have historically been given much of the credit. And rightfully so. Jim Balsillie and Mike Lazaridis were visionaries. They built a company that forever changed the industry for the better. They also built a product that revolutionized communications — not just email, not just mobile phones and not just messaging… they changed the way the world communicates.

They had the genius and the prowess to build a giant, but they lacked the vision to give it legs.

Investors used to get very excited when BGR would publish an exclusive report about an unannounced BlackBerry smartphone. I don’t have enough fingers and toes to count all of the BlackBerry handsets we scooped over the years. Despite the fact that most new models introduced just one or two big consumer-facing changes compared to the phones that came before them, it was still exciting for users and investors alike. RIM was a market leader!

What moves RIMM now? Rumors that IBM is considering a purchase of RIM’s lifeblood, or baseless speculation that the company might finally be put out of its misery.

We’ve covered the nuts and bolts of what went wrong a dozen times here on BGR. Other sites have said much of the same. RIM stayed here, the industry went there. Apple’s (AAPL) iPhone changed everything and RIM didn’t respond. Google’s (GOOG) Android platform exploded and RIM still didn’t respond. Apple and Samsung (005930) wiped the floor with every other smartphone vendor in the world, and RIM finally started to get the message.

But now, the storm is upon us and the damage has been done. RIM is so very far behind that many industry watchers have already written its obituary. Is a comeback possible? Sure. It a comeback likely? Definitely not.

With BlackBerry 10, RIM talks a lot about creating a platform and an ecosystem that will extend beyond smartphones and even beyond tablets. Cars, computers, TVs, toasters… who knows? Why is RIM repeating this message every chance it gets? Because right now — this very moment — is the worst time in history to roll out a new smartphone operating system. The worst.

Apple is peaking. Google is peaking. Every other smartphone platform is an afterthought. Even Windows Phone — backed by Microsoft (MSFT) and Nokia (NOK), with all their power and pedigree — is barley a blip on the radar.

And so RIM has to keep as many doors open as possible and try to encourage shareholders to think outside the box.

Another company once built a smartphone platform with promise. It was gorgeous, it was novel and it was adored by reviewers and early adopters. A bigger company then acquired that company, and faced with the daunting task of competing with iOS and Android, it spoke of building a platform that would extend beyond mobile devices and onto computers, printers and more. Just like RIM is doing now. Then, on December 9th last year, it tied that fantastic platform to a tree, picked up a shotgun with tears in its eyes, and… sent it to live on a farm with lots of other happy mobile platforms.

Yes, the parallels between webOS and BlackBerry 10 are easy to draw.

Jim Balsillie and Mike Lazaridis built a giant. That giant changed the industry forever and forced rivals to pivot or die. But they never gave the giant legs. New, scarier giants emerged in the smartphone industry and when it came time for RIM to pivot or die, the company stood still, too shocked to move and too stubborn to arm itself and prepare for battle.

Now the legless giant lies wounded, dragging its body behind it and losing precious blood as it does.

Do I want RIM to pick itself up and find a way to succeed again? Of course I do. Very much so. RIM’s downfall is nothing short of a tragedy. Thousands of people have lost their jobs and thousands more will be let go before the end of next year as RIM struggles to cut costs. If the company’s current efforts don’t pan out, many more will be laid off as RIM is acquired whole or sold off in parts… all because a once-great company thought the Earth had stopped spinning, and it could get away with sitting still while the rest of the industry pushed forward.

And then there are my own selfish reasons for wanting RIM to succeed. The smartphone market is a two-horse town right now, and Microsoft still hasn’t convinced us that it has a product that will matter down the road. Windows Phone 8 looks awesome and the idea of carrying its user experience from a smartphone, to a tablet, to a computer, and then even to a television next year when the new Xbox launches, is pretty exciting. But Windows Phone has been “emerging” for two years now and we’re still waiting to see real signs of life.

RIM’s BlackBerry 10 platform looks intriguing so far, just like webOS did. Many obvious comparisons can be drawn between the two platforms, but RIM has something Palm did not: a good-sized user base.

The smartphone market is outgrowing RIM at a shocking pace, but the company still has tens of millions of customers using BlackBerry devices. If it can hold onto a healthy portion of those users as it transitions from BlackBerry 7 to BlackBerry 10; if it can woo big-name developers and ensure a huge selection of top apps on BlackBerry 10 from day one; and if it can survive long enough to make all this happen, then the company has a shot.

The odds, sadly, are not good, and this wounded giant grows weaker with each passing day. Completely writing RIM off at this point is a mistake though — just ask IBM. Or Ford. Or Apple.[bgr-post-bug]