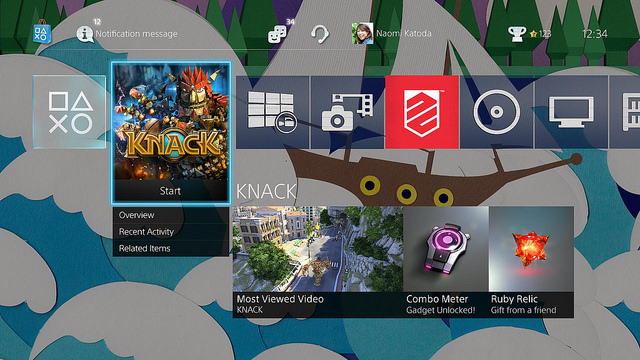 As we’ve discussed repeatedly over the past several months, the PlayStation 4 has been lagging behind the Xbox One in a major way when it comes to software updates. Microsoft’s monthly updates have given Xbox One owners a lot to look forward to while PS4 owners wait patiently for Sony catch up. It’s taken a bit longer than I would have liked, but the PlayStation team plans to take care of all the PS4’s issues in one fell swoop with system software 2.00.

According to the PlayStation Blog, the 2.00 update will feature far more than themes, YouTube support and SharePlay functionality, all of which were announced earlier this year. The update will also address the lack of an MP3 player, our ability to find friends, the difficulty in sorting through content on the home screen and much, much more.

First up is the USB music player — this will allow users to plug in a USB device into their PS4 in order to play MP3, MP4, M4A, and 3GP music files. Oddly, the files can’t be transferred over to the console, but it’s a reasonable stopgap for the time being.

Next are the improvements to the home screen. In addition to themes, Sony will also let PS4 owners change the color of the background. In the ‘What’s New’ section of the home screen, the PS4 will suggest players you may know to be added to your friends list. The most vital changes are the changes to the Content Area, which will now show the 15 latest apps or games to be accessed, and to the Library, which will allow for more specific sorting of apps and games. It’s not quite enough to make the endless scrolling any less frustrating, but it’s a start.

PlayStation Plus subscribers will be especially pleased with this addition: as of the 2.00 update, you’ll no longer have to download a free game of the month in order to add it to your Instant Game Collection. Instead, just hit a button to add it to your library and download it at any time for free.

The update also include enhancements to live broadcasting, enhanced voice commands and the ability to back up and restore PS4 data from a USB device. Overall, this should tide PS4 owners over through the holiday season, but there’s still plenty of work to be done next year.