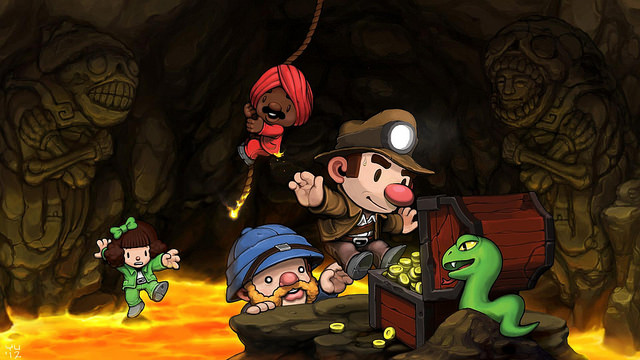 Sony announced the lineup for its October Instant Game Collection on Wednesday, and as usual, PlayStation fans aren’t going to be disappointed. This month features the standard two games per platform, but the PlayStation team has something extra in store for PS4 owners: DriveClub PlayStation Plus Edition. What was originally meant to be a launch title for the console was delayed for almost an entire year, but anyone with a PS Plus subscription will be able to download it starting next Tuesday.

The other free PS4 titles are both seminal indie classics that have been pulled into the new generation. Dust: An Elysian Tale is a side-scrolling action platformer with some of the most entertaining combat the genre has ever seen. Spelunky is the king of recent the roguelike revolution, giving players a single life to progress as far as they can. When you die, you start from the beginning and the entire randomly-generated world resets. Next Tuesday not only marks their inclusion in the Instant Game Collection, but also their debut on the PS4.

PS3 owners will be treated to both Batman: Arkham Asylum and Dungeons & Dragons: Chronicles of Mystara. If you’ve been playing Shadow of Mordor but never got around to checking out the Arkham series, it’s worth seeing where that stellar combat system originated from.

As for the PS Vita, another arcade game, Pix the Cat, will be releasing day-and-date with the Instant Game Collection as well. It’s apparently in the same vein as Pac-Man and Snake, but completely insane. Strategy RPG Rainbow Moon will also be free on the Vita.

Watch the video below for a preview of all the free PS4, PS3 and PS Vita games coming to the Instant Game Collection this month: