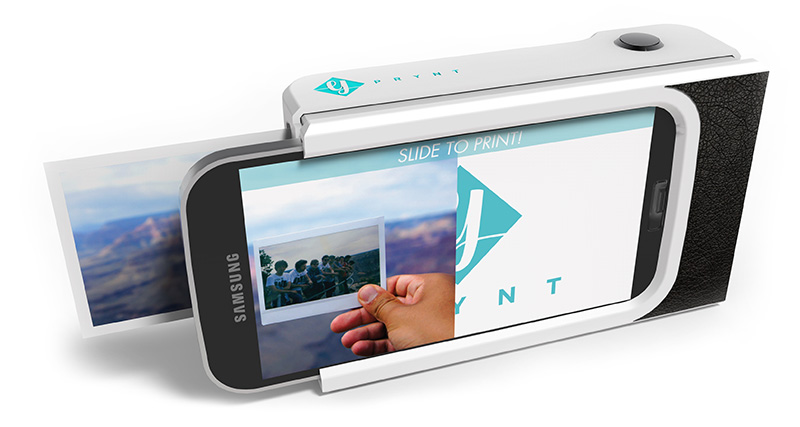 What if you could print your selfies immediately after taking them? That’s the kind of problem French startup Prynt has been trying to solve for almost a year, and the company has produced just the kind of Polaroid-like mobile printer that mobile photographers have been waiting for. Prynt has come up with a smartphone accessory that acts as a case and photo printer for the handset, and it will be available on Kickstarter for $99 at some point after CES 2015, according to TechCrunch.

FROM EARLIER: Meet Sesame, the amazing smartphone you can control without ever touching it

Once an iPhone or Android device is inserted in the Prynt case, users can print some of their pictures on the spot.

The case fits 10 sheets of paper and has a battery that can be used to print up to 30 images. Special printing paper will be ordered directly from the company from within the application, and one sheet of paper will cost 30 cents.

In addition to quickly printing photos from a smartphone, the Prynt app will also have an additional feature — one that’s even more interesting, perhaps — as it packs virtual reality elements. In addition to capturing images, the Prynt app will also capture a short video and bundle it with that picture. Once it’s printed and passed along to friends and family, they’ll be able to also access that video snapshot by simply looking at the physical picture inside the Prynt app using the cameras on their own devices.

It’s not exactly clear when the Prynt photo printing smartphone case will be launched on Kickstarter, but a video further explaining the gadget follows below.