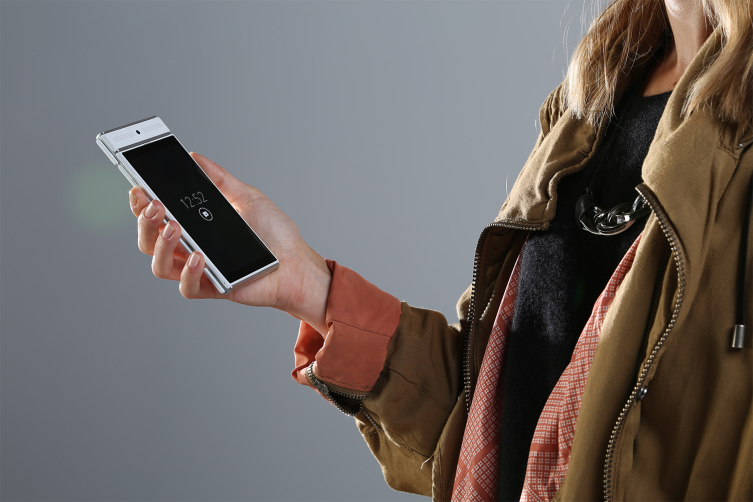 Google’s Project Ara modular smartphone is more than just a dream for a distant future, as the company plans to show off its first working prototype in the near future. In fact, Google plans to start selling a commercial version of the device as soon as next year, Time reports. As it promised in a new Project Ara video, Google revealed that the first Ara developer conference will take place during April 15-16 at Silicon Valley’s Computer History Museum. “A year or so from now, it hopes o have a product on the market,” the publication says.

Despite likely being a costly research project, Project Ara won’t be an expensive smartphone. In fact, the most basic Project Ara device will apparently retail for $50. For that price, the device will have just Wi-Fi connectivity, with users expected to further expand its capabilities with future module purchases. That way, users won’t have to settle for cheap smartphones that can’t be improved and instead opt for an Ara starter kit that can evolve in time, and which could be turned into a high-end device as more modules are added.

The central piece of the device will consist of the endoskeleton that’s going to be Google-branded and come in three sizes, for mini handsets, “mainstream” devices and even phablets. The bigger the endoskeleton, the more modules it’ll be able to house, with the medium version having space for 10 modules.

Google plans to offer buyers complete freedom when customizing their devices, departing from the design of current smartphones. “Though basic technical issues are sometimes a factor — an antenna can’t just go anywhere on a phone’s body, for instance — the general idea is to design the phone so that you can swap modules in and out at will,” the publication writes. “If you never take photos with your phone but worry about running out of power, for instance, you might choose to do without a camera module, freeing up room for a second battery.”

The modules will be hot swappable, meaning that users will be able to change them without powering off the device – that’s assuming the battery module isn’t removed.

However, there are still challenges that need to be addressed with Project Ara. The team is yet to drive the cost down to $50 for the device. Furthermore, since it’s a modular project, it’s not clear how the FCC will certify such a product, although Google’s Project Ara lead Paul Eremenko says the regulator has been encouraging so far. “They see this as good for American industry… this says that, hey, your competitive advantage can be innovation, as opposed to making the same fricking phone a few dollars cheaper,” the exec said.

More important for users may be the actual durability of a modular device, as well as its size. In order to keep Project Ara from falling apart in a pocket or purse, or when dropped, the modules on the front will be secured with latches, while the ones on the back use electropermanent magnets to keep them in place. An app is then used to keep everything together, and allow users to easily swap pieces when needed, although a working prototype is needed to actually test how the device would handle impacts. The handset will also be as resistant to water as other smartphones – not waterproof – Eremenko said.

As for overall size, Project Ara engineers are trying to make thin modules that won’t significantly add to size or weight. While Project Ara will not be the slimmest smartphone in the world, it won’t be thick and heavy either, with modules having a profile of around 4mm, and the phone expected to have an up to 10mm profile.

As shown in a recent video, the device’s modules may be 3D printed with help of new 3D printing technology from 3D Systems that will help developers not only come up with unique designs, but also print circuitry for internal components.

Interestingly, Time also found out how Project Ara will be sold. Google will employ three methods, including partnering up with convenience stores that would sell the $50 initial “bare-bones version” that can be then further customized by buyers, or by allowing friends of Project Ara smartphones to configure future purchases on the device directly. However, the third method is the more interesting one: Google setting up smart kiosk to guide Project Ara users through the purchase.

These won’t be dumb brick-and-mortar stores to demo Project Ara devices. Instead, they’ll be the size of industry-standard shipping containers and could be sent anywhere in the world. And these containers will have wits of its own, being able to help Project Ara buyers choose modules based on their personality (with information extracted from social networks, as long as the buyers agree to such scenarios,) but also with biometric sensors “reading” buyers.

“Eremenko describes a scenario in which visitors to a kiosk might choose a phone with the help of a special tablet capable of measuring galvanic skin response, sub-voluntary muscle movements, pupil dilation, heart rate and other factors that suggest ‘whether you’re happy to be configuring your Ara phone, or whether you’re stressed, frustrated, impatient, et cetera.’ It would then use that assessment of your mood to steer its recommendations.” Time writes.

“Another part of the phone-picking process could involve suggestions based on an automated examination of your Facebook or Google+ activity. If your updates show that you’re a frequent traveler, for example, you might be advised to go for a big battery and a wireless carrier with service in the destinations you frequent. Someone whose photos get lots of positive feedback from friends could be pointed towards a serious camera module; if those photos tend to be taken at dusk, it might be a camera with good low-light performance.”

More images of the current Project Ara prototype and a video follow below.