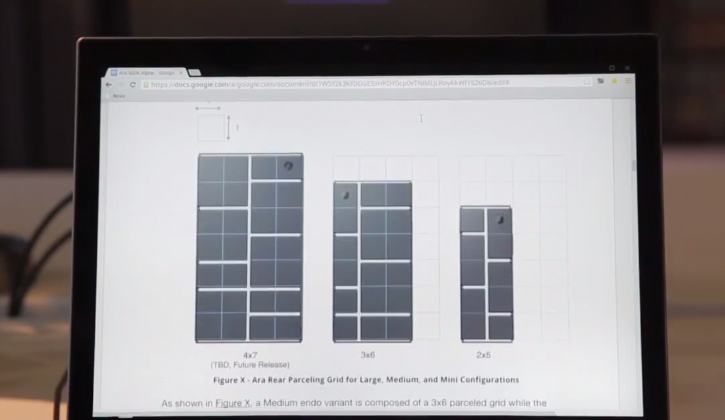 With less than two weeks to go to Google’s first Ara Developers Conference – which takes place on April 15 and April 16 in Mountain View, and which will also be streamed online – Phoneblocks released another video further detailing this awesome modular Android smartphone concept, this time showing the team that’s working on Google’s project. In the process of talking to various execs that work on different Ara aspects, Phoneblocks has also managed to get a visual of Project Ara’s three sizes.

Google’s Advanced Technology and Project (ATAP) division, which moved over from Motorola once the Search giant sold its hardware arm, previously revealed that Ara phones will be available in three sizes. The bigger the endoskeleton that houses the modules (or the endo,) the bigger its display module will be and the more blocks it will be able to support.

When talking to designer Daniel Makoski, Phoneblocks was shown the three sizes of the device – in previous demos only two models were shown – or the Mini, the Medium and the Large. Interestingly, Ara phones will not necessarily be touch-only devices, as at least one Medium concept features what looks like a physical keyboard. The phones will have a grid of 4×7, 3×6 and 2×5 parceled grid, depending on size, with the smallest rear modules measuring 1×1.

The new Project Ara video showing the size of the device follows below.