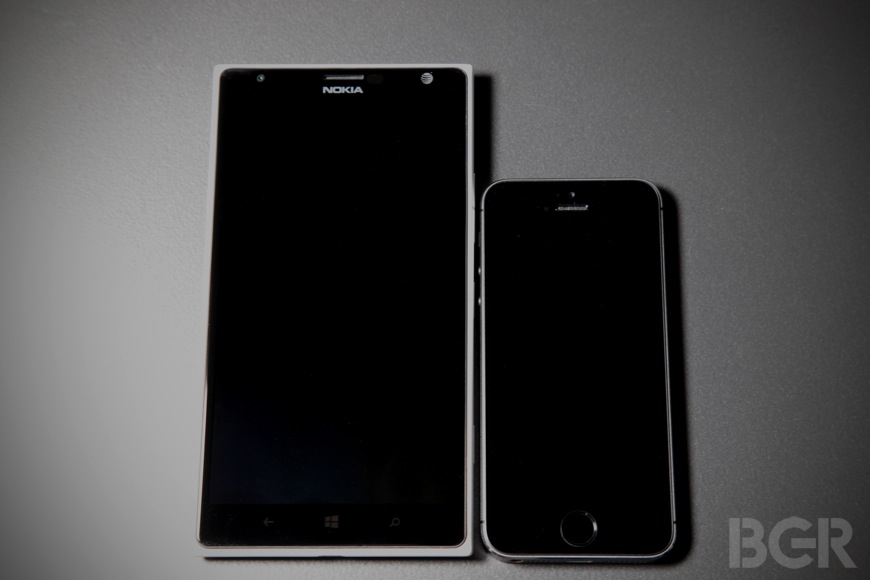 Do you hate giant-sized smartphones? Well too bad — it’s increasingly looking like they’re the future of mobile computing. Bob O’Donnell’s TECHnalysis Research has come out with some new data projecting that phablets such as the Galaxy Note 3 and the Nokia Lumia 1520 will become increasingly popular in the coming years and are set to surpass shipments of notebooks and desktops this year alone. In fact, phablets are proving to be so popular that O’Donnell projects that they’ll even eclipse total tablet shipments by 2017.

Essentially, O’Donnell thinks that phablets hit a terrific sweet spot for many consumers: They’re cheaper to buy than large tablets and yet they have large enough screens to be used as a primary computing device as well as a telephone. For many consumers who don’t want to own or who can’t afford multiple devices, then, a phablet might just be the perfect fit since it can provide for so many different needs.

Foster City, CA, February 3, 2014:  TECHnalysis Research, LLC announced the release of its first market forecast highlighting the dramatic changes happening in the world of smart connected devices. Specifically, the firm believes that worldwide unit shipments for the large smartphone category (those with screen sizes of 5” or larger—commonly called “phablets” but perhaps better termed “mobile connected devices”) will reach just over 240 million units in 2014 versus 173 million notebooks and 158 million small tablets (those with screen sizes between 7-8”). The total market for smart connected devices is expected to grow from 1.54 billion units in 2013 to 2.06 billion in 2018, but that’s a small drop from the peak of 2.07 billion in 2017.

“Even the hottest device categories can’t keep growing forever,” commented TECHnalysis Research founder and chief analyst Bob O’Donnell, “and we believe the slowdowns that have started to occur in the US and other developed regions will start to impact the developing regions by the end of the forecast period.”

Looking at the results by category shows that PC shipments are expected to continue their decline for the next few years, but then level out in the 292 million unit range by 2016. Tablets are expected to continue growing throughout the forecast period, but will see very modest single-digit growth rates in the final years of the forecast, ending in shipments of 339 million in 2018. Smartphones are forecast to peak in 2017 at around 1.44 billion units but then slip to 1.43 billion in 2018. The big story in smartphones, however, is the move to larger sizes as TECHnalysis Research predicts approximately one of three smartphones shipping worldwide in 2018 will have a 5” screen or larger.

In the US, the total market for smart connected devices is also expected to peak in 2017 at a volume of nearly 279 million units, but starting in 2015 year-over-year growth rates will fall to under 2%, leading to a relatively stagnant level of unit shipments. US PC shipments will hover in the 58 million unit range starting in 2015, while tablets will grow from 58 million units in 2013 to nearly 74 million in 2018. Smartphone shipments are expected to peak in 2016 at 149 million units and then drop to 145 million units in 2018, although all of that decline will be in smaller smartphones (those with screens under 5”), as the larger smartphone category will grow through the forecast period and reach 30% of all US smartphone shipments in 2018.

Some of the other highlights from the forecast include:

The TECHnalysis Research forecast offers a 5-year forward-looking view into unit shipments, average selling prices and revenues both worldwide and in the US for PCs, tablets and smartphones. The forecast also breaks the numbers out by form factor within each group (e.g., small tablets vs. large tablets), by consumer and commercial splits, and by operating system.

“We are in the midst of a dramatic recasting of the entire market for devices,” said O’Donnell. “In fact, you could argue it’s leading to a complete redefinition of what computing is, what computing means and where computing happens. As a result of these changes, there will likely be enormous shifts in power and influence across vendors, across ecosystems and across geographical regions. It’s safe to say that the world of computing and intelligent devices will look very different in 5 years compared to what it is today.”