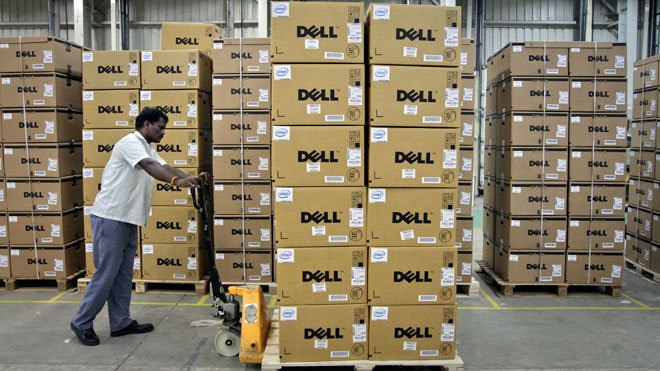 The PC market is not a very good business to be in right now. Growth is slowing, Windows 8 isn’t helping, and vendors are rehashing old gimmicks in an effort to turn things around. Beyond declining shipment figures and sinking average selling prices (ASPs), there is another number industry watchers keep their eye on that will almost certainly shock people who don’t follow the PC business closely: the amount of money, on average, that PC vendors make for each computer sold.

The Guardian’s Charles Arthur on Thursday issued a report covering the PC market following the news that LG is considering a departure from the traditional PC business to focus on tablets. The entire report is a good read, but one area of Arthur’s research is of particular interest.

Using publicly available data from quarterly financial reports issued by five of the top PC makers in the world — HP, Dell, Lenovo, Acer and Asus — Arthur calculated how much it costs these Windows PC makers to build each computer and how much profit each box yields. The five aforementioned vendors combine to make up 60% of global Windows PC shipments, so this is likely a good measure of the industry as a whole.

According to Arthur’s number crunching, Windows PC ASPs have declined from $614.60 as of the first quarter in 2010 to $544.30 in Q3 2013. Last quarter’s financial results have not yet been reported, so revenue and operating profit data is not yet available for the fourth quarter.

It’s no mystery that PC prices are falling, of course, but another figure unearthed in Arthur’s calculations will likely surprise you: $14.87.

That figure represents the amount of profit Windows PC makers earn on average for each PC they sell, as of the third quarter last year. Less than fifteen bucks. That number is down from $15.71 in Q1 2010 even though margins have actually improved from 2.55% to 2.73% during that time, with sinking retail prices the obvious culprit.

PC makers first turned to high-margin smartphones in an effort to drum up new profits in the face of the withering PC business, and then tablets. Now many companies are dabbling with hybrid devices, Chromebooks and wearables. If you were wondering why all these vendors are trying so desperately to identify and capitalize on the next big thing, now you have your answer.