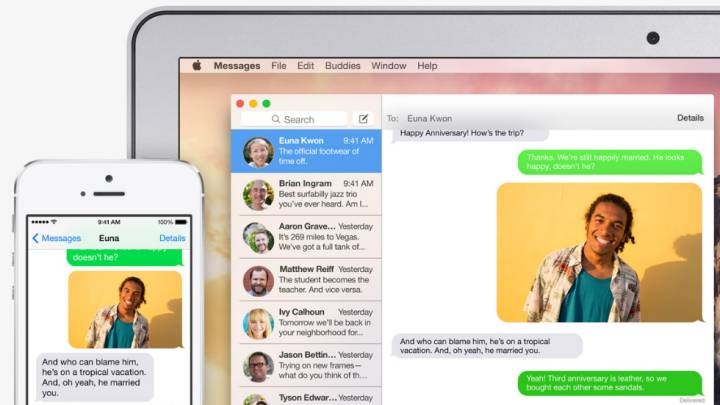 Apple on Monday unveiled two major updates for its main operating systems, including OS X Yosemite and iOS 8, that promise to further unify the user experience across devices whether they’re smartphones, tablets or computers. Unsurprisingly, the coolest Yosemite feature Apple unveiled on stage is the new operating system’s “continuity” feature, or its ability to allow users to stay on the same app, and continue their tasks across devices when switching to an iPhone or iPad – obviously, the same “continuity” feature is available on iOS devices, although it’s on the Mac that it shines.

In a world dominated by smartphones and tablets, Apple has managed to make the Mac even more relevant by bringing to it some features that were restricted to iOS before, especially the iPhone.

A Mac running Yosemite will now recognize when an iPhone is near it, and will be able to pick up calls and make calls through the iPhone’s cellular connection. Users will also be able to simply click on a phone number shown on a website to start a phone call, or select a person from Contacts, Calendar or Message to initiate a call.

Similarly, Yosemite allows Mac users not only to continue iMessage conversations started on other iOS devices like they did on earlier iOS versions, but also to continue other SMS conversations that take place on the iPhone’s old school carrier-based messaging system, no matter what phones the other person has. Just like with calls, clicking any phone number in Safari, Contacts or Calendar can start text message conversations.

A third smart feature that further connects the Mac with iOS devices is related specifically to the iPhone’s ability to share its cellular data connectivity. With Yosemite, Apple has just eliminated the whole setup procedure that was previously required to set up the Hotspot connection. Now, when an iPhone is in proximity of a Mac, the Mac user will be able to automatically connect to the iPhone’s data network via Wi-Fi, assuming such a feature is available on that iPhone, when a different Wi-Fi connection isn’t available. The Mac will even display signal strength and battery life of the iPhone.

Finally, with Handoff Macs will be able to continue apps started on iOS and vice versa, on top of to the aforementioned calls and messages apps. Handoff will also work with Mail, Safari, Pages, Numbers, Keynote, Maps, Messages, Reminders, Calendar and Contacts, while developers will be able to add Handoff support to their apps.