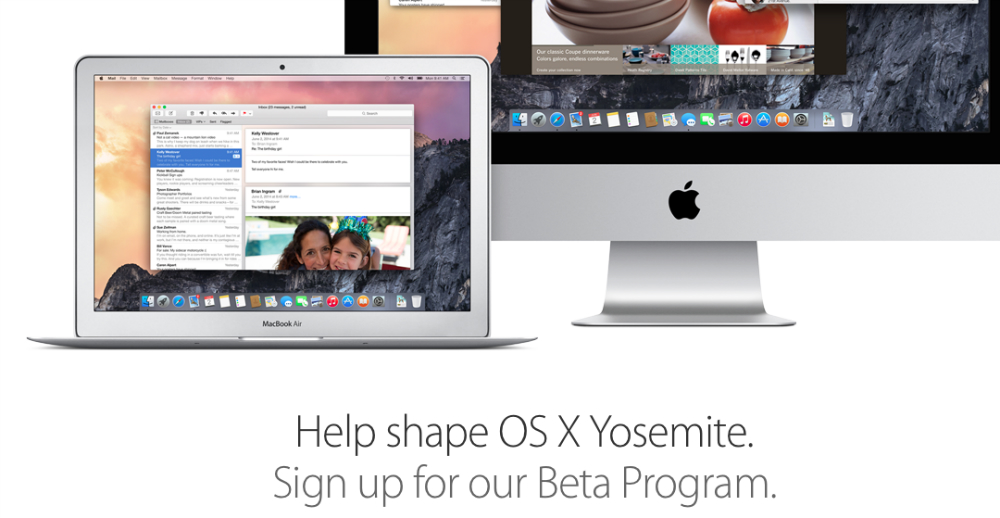 Unlike iOS 8 beta, which is now available only to iOS users that have a developer account or access to one, Apple’s OS X Yosemite will be available in beta to regular Mac users. Apple has updated its website with information about its upcoming OS X version, and it’s currently taking registrations for the OS X Yosemite Beta Program. Fortunately, the beta program will be available to the first 1 million people who sign up for it by going to this webpage, which means plenty of Mac users will get try the operating system before it’s officially launched this fall.

“To join the OS X Beta Program, just sign up using your Apple ID,” Apple wrote on its website. “When the beta software is ready, you’ll receive a redemption code that will allow you to download and install OS X Yosemite Beta from the Mac App Store. Then go ahead and start using it. When you come across an issue that needs addressing, report it directly to Apple with the built-in Feedback Assistant application.”

In order to be able to run Yosemite when it launches in beta, Apple advises users to make sure they have OS X Mavericks installed on their existing machines. Furthermore, Apple recommends users to backup their computers and install Yosemite Beta on a secondary Mac, if possible.

Certain Yosemite features demoed during the keynote, including phone calls, SMS, Handoff, Instant Hotspot and iCloud Documents, won’t be available initially, while Spotlight suggestions will be U.S.-based only at first.

Apple did not reveal when OS X Yosemite Beta will be available for download at this time, but it will email applicants once the first beta is available.