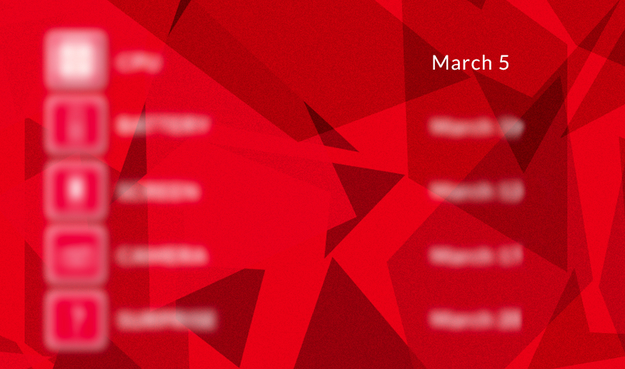 The OnePlus One has so far promised to be one of the most exciting Android handsets of the year thanks to an interesting marketing campaign. However, the company did not unveil any actual details about the handset aside for price (sub $400) and launch date (sometime in Q2) until Wednesday, when CEO Pete Lau finally announced the first confirmed spec of the handset: its processor.

Despite gossip that suggested OnePlus may choose one of Qualcomm’s latest processors for its One handset, Lau revealed that the company has settled on the 2.3GHz quad-core Qualcomm Snapdragon 800 processor, a component chosen for many flagship Android devices last year, which offers built-in 4G connectivity and “an excellent performance/power consumption ratio.”

While this appears to somewhat contradict the “Never Settle” slogan vigorously advertised on the company’s social channels, Lau says that it’s not the case, as One Plus would like to ship the device to users as fast as possible.

“Are there newer CPUs on the market? Yes, and the higher number may have given us a slight marketing advantage while not providing any noticeable change in performance,” Lau said. “But ‘Never Settle’ doesn’t mean we tip the scale to one extreme, and let our users suffer the imbalance. We’re completely confident that this is the best choice to deliver a product with the best overall user experience and performance on time for Q2.”

In addition to Lau’s message, OnePlus also revealed other details about the One phone during a Reddit “ask us (almost) anything” session hosted by Carl and David on Tuesday evening including storage options for the handset. The OnePlus One will come in two versions including a 16GB and a 64GB model. Curiously, there’s no 32GB version, but the 64GB model “costs what the 32GB version would have costed.” However, no details about microSD storage expansion were offered.

The OnePlus One will also feature a LED notification light, with the company teasing a surprise battery technology for the handset. “You won’t have to worry about the battery! Plus, we will be revealing a ‘mystery technology’ for it soon,” David wrote. The phone will also pack stereo speakers and have a “better screen/body ratio than the Nexus 5.” A Which? Infographic from early February revealed that the Nexus 5 was in the top five smartphones that have the biggest screen/body ratio with 72%.

As for the phone’s design, OnePlus did not release any images for the handset yet, but did say design is one of the most important things for the company. “We felt the current smartphones out there were not beautiful enough, so we took this matter very seriously for the OnePlus One. We followed the minimalistic approach “less is more”. Our designers put a lot of effort into it, focusing on making a device that looks good and it’s easy to hold and use,” David said on Reddit. We are very proud of the result and, as we said before, it’s painful to hold our prototype and not being able to show it to all of you.”

The phone will come with CyanogenMod support for two years, a Cyanogen Inc. team member said on the OnePlus forums, and will pack Google Apps. Furthermore, buyers will have the option of doing anything to the phone when it comes to rooting, unrooting, installing stock Android or other custom ROMs without voiding the warranty. However, disassembling and/or “frying your CPU due to over-clocking will void your warranty” David said on Reddit.

While the One will have the same hackability as other CyanogenMod-running phones, “there will be some special stuff we launch with that are unique to the OnePlus One,” Carl said. The phone will be the company’s only product this year, and will launch in more than 10 markets initially.

OnePlus will likely reveal more details about the One’s camera next Tuesday, David said on Reddit, as the company apparently plans to reveal the main specs of the phone one by one, according to a recently posted teaser image on its Facebook page.

Lau’s message on the company’s CPU choice follows below.

A lot of you have been wondering about the specs of the OnePlus One – some of you are even questioning if it actually exists! I want to assure you it does, and tell you a little about the CPU we’ve chosen.

Reading through the forums and our social media, there are differing opinions among you when it comes to which components make up the perfect smartphone. But when it comes to the processor, you overwhelmingly prefer a Qualcomm chip. I agree, my engineers agree, and we have chosen the Qualcomm Snapdragon 800, a 2.3 GHz quad-core chipset with 4G connectivity and an excellent performance/power consumption ratio.

I spoke at length with my product engineers about which CPU to choose. They gave me an in depth analysis of just about every CPU available on the market, going carefully through the pros and cons of each. It needed to be fast, run smoothly, run multiple programs without fear of lagging or crashing, and still offer great battery performance.

We spent countless hours trying out the latest CPUs. Ultimately, it was clear that the Snapdragon 800 provided the best speed, battery consumption and heat management. It also allows us to get our product in your hand faster, with the highest optimization. We didn’t want to announce our product, only to be able to ship it six months later.

Are there newer CPUs on the market? Yes, and the higher number may have given us a slight marketing advantage while not providing any noticeable change in performance. But ‘Never Settle’ doesn’t mean we tip the scale to one extreme, and let our users suffer the imbalance. We’re completely confident that this is the best choice to deliver a product with the best overall user experience and performance on time for Q2.