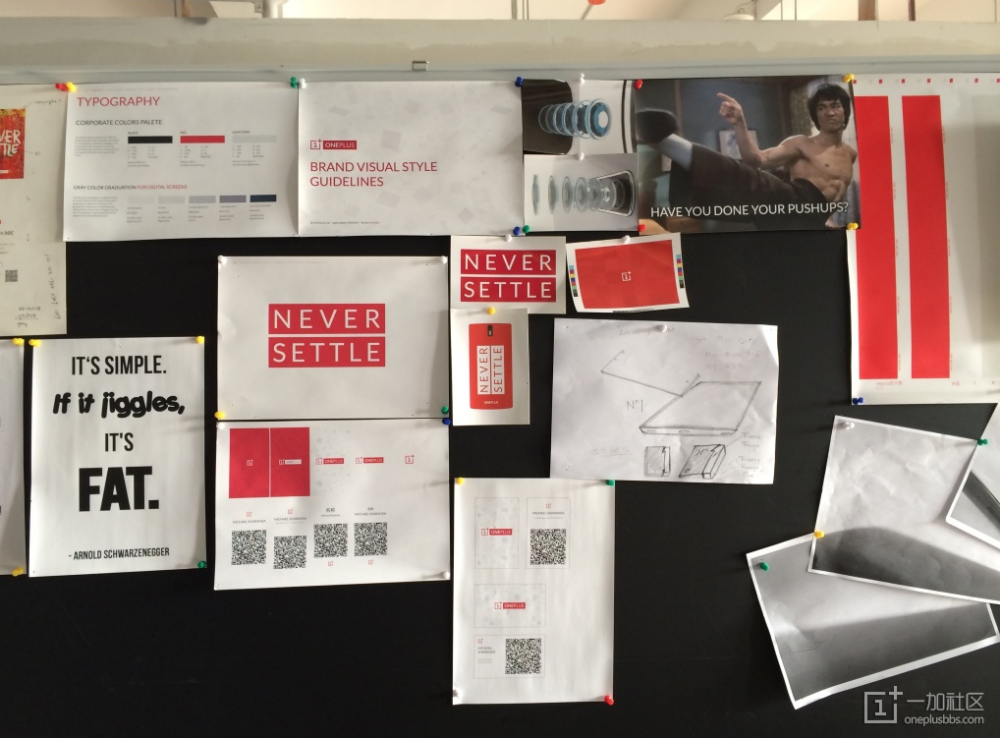 A new image leak apparently showing various OnePlus One marketing elements placed on a board alongside various product-related details has been discovered by GizChina.it on the OnePlus forum. It also contains some interesting gems, including a design sketch for the phone and what appears to be the backplate of the handset. The same OnePlus forum thread is also home to several other purported One images, including design sketches for the One’s box, alleged motherboard photos and even a user interface leak. Various renders seemingly showing the OnePlus One’s retail box have also been posted.

While the company has revealed pricing details for the handset and some of the countries it will be launched in, as well as many of its main specs, the phone’s looks were carefully hidden away. A few weeks ago, BGR exclusively reported on an early design sketch of the OnePlus One, although the backplate of the device as shown in those images isn’t exactly similar to the back of the phone shown in the image above.

Instead, the red handset in the center of the image, which has “OnePlus” and “Never Settle” branding, looks rather similar to the Oppo Find 5. Oppo is the company where OnePlus CEO Pete Lau worked before creating his own handset company, and Oppo will manufacture the One. For what it’s worth, the back of the Oppo 7 and Oppo 7a look more similar to the design sketches leaked a while ago than the Oppo 5. Also, the Oppo 7a appears to share many specs with the OnePlus One.

Finally, Lau posted on his Weibo account a new AnTuTu benchmark result which apparently shows the OnePlus One surpassing all rivals with a score of 38,179. The CEO said in a recent announcement that the One would offer a performance that’s not available from any other device.

The new OnePlus One images, renders and benchmark results follow below.