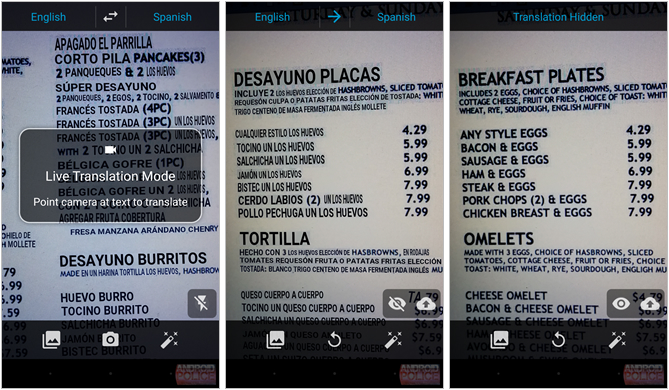 Frequent travelers that rely on one of Google’s most useful online services to get by in different foreign countries will be happy to hear that Google is getting ready to roll out a significant update for Google Translate, as Android Police reports.

A future version of Google Translate will come with instant image translation and auto-detection for conversation mode features.

After purchasing WordLens, an application that instantly translates words and signs by simply pointing the phone’s camera at them, Google is about to include this functionality in Google Translate that will allow users to quickly translate signs, menus, and any other pictures containing text in a foreign language.

Initially, Live Translate in Google Translate will work only with some languages, including English, French, German, Italian, Portuguese, Russian and Spanish.

Furthermore, the conversation mode of Google Translate, which lets two users speaking two different languages talk in real-time, will apparently get even faster and easier. The updated Android app will be constantly listening for both languages being spoken, and automatically translate them — currently, users have either to manually select each language in sequence, or speak by taking turns.

It’s not clear when the updated Google Translate application will be made available to Android devices — more details about these new features, as well as various images, are available at the source link.