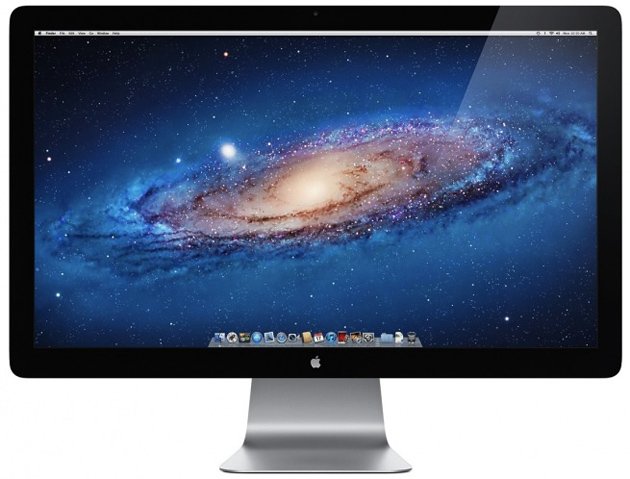 Compared to flagship phones from other leading smartphone makers, the resolution of Apple’s brand new iPhone 6 is laughable. 1,334 x 750 pixels? A pixel density of just 326 pixels per inch? Lined up with the full HD display and 432 ppi pixel density on Samsung’s Galaxy S5 or the 538 pixels per inch touted by LG’s G3, the iPhone 6’s resolution is pathetic. Of course, anyone who has actually used an iPhone 5s in the past can tell you that 326 ppi displays serve up wonderfully crisp images, but pixel hounds looking for more from Apple finally have something to get excited about — Apple’s highest-resolution device ever will reportedly debut before the end of 2014.

According to a report from TrendForce-owned display research company WitsView, Apple has plans to release a new Thunderbolt display in the coming months that will feature 5K resolution. The report gives almost no details and cites no sources, briefly mentioning the new display in two sentences.

“Apple will release the 27” W 5K3K high-resolution iMac by the end of the fourth quarter of 2014,” WitsView analyst Anita Wang stated in the report. “That product is expected to spur a new wave of demand for ultra high-resolution monitors.”

Of note, Taiwan-based WitsView is known by insiders to have solid sources at several display manufacturers and has reported accurate details about unreleased products in the past.