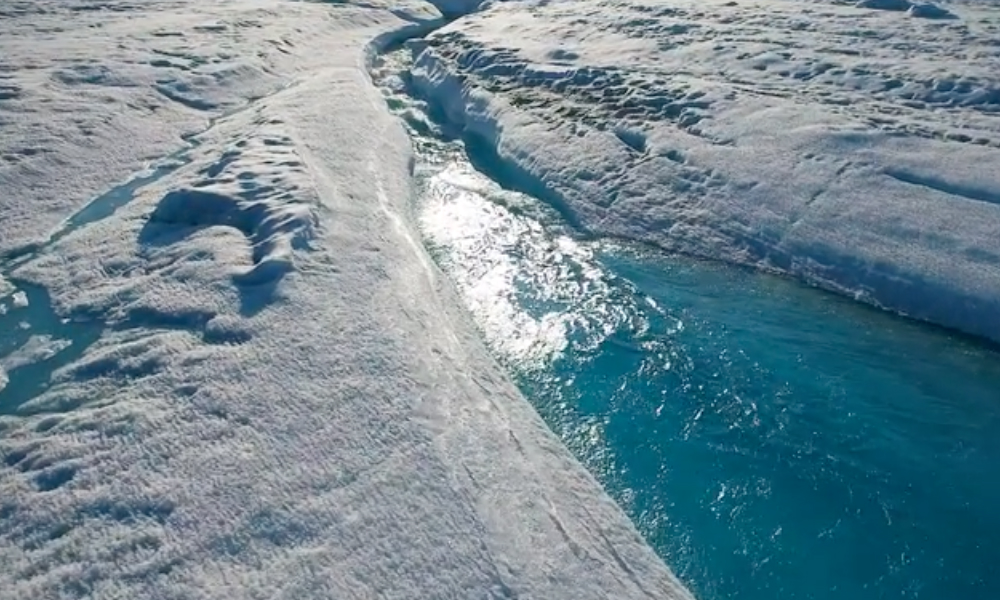 Global warming is a pretty hot topic, especially in Greenland. In case you don’t know, Greenland’s ice sheet is melting, which could increase sea levels by about 20 feet if fully melted. Thankfully, we’re not there yet, but there’s plenty of glacier water flowing into the ocean in Greenland, and we have devised an even better way to find out exactly how fast the ice cap is melting.

Using data from satellites isn’t enough to accurately estimate the amount of water that flows into the ocean and build models for the future, so information from the ground needs to be collected.

That’s exactly what researchers did over the summer in Greenland, a gorgeously illustrated New York Times report explains.

According to scientists, the melting of Greenland is accelerating. Hotter temperatures create lakes on top of the surface of the ice, which in turn generate flowing rivers. These rivers find giant holes in the ice, or moulins, that connect with the ocean through tunnels. That’s how the water gets out into the ocean. And that’s what researchers set out to try and measure.

Funded by NASA grants, these studies are jeopardized by increased scrutiny in Congress, where Republican leaders question the “scientific consensus that human activities contribute to climate change,” as the Times put it.

This first on-location study of the Greenland ice sheet’s melting speed is supported by a three-year $778,000 grant from NASA. The purpose of the mission is to collect critical data that no satellite has access to. For 72 hours, the researchers measured velocity, volume, temperature and depth every hour on the hour at a supraglacial watershed where they’d be camped out for the task. The data was then compiled into models that can better predict the melting rate of Greenland and even determine whether water is refreezing within the ice sheet, in which case the sea levels would be actually rising more slowly than models currently project.

The Times‘ article features a variety of loop videos and animations that show the current state of Greenland’s ice sheet. Imagery captured by satellites is smartly used by the Times to explain various facts about the ice cap – the reader has to scroll up and down to zoom in and out of the map showing the area where researchers camped out. Meanwhile, videos captured using drones show the beauty of one of these flowing rivers in Greenland.

The full story of how researchers completed this daring mission, which hasn’t been done before and can be filled with perils, is available at the source link complete with beautiful imagery.