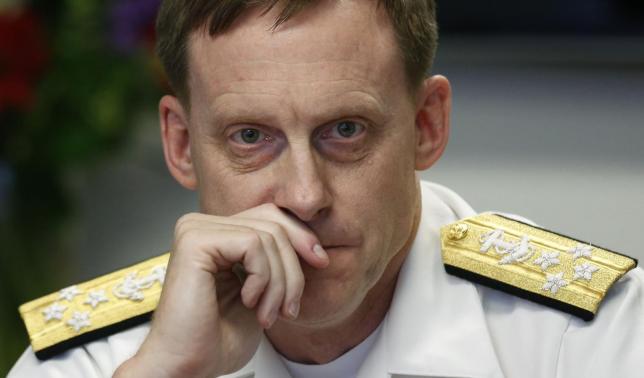 Discussions about the U.S. government’s need for breaking encryption have intensified following the mid-November attacks in Paris. Law enforcement agencies including the FBI and politicians have challenged tech leaders from Silicon Valley to find ways to include backdoors in encrypted products. That way, surveillance operations targeting potential terror suspects might have a better chance of successfully intercepting relevant communication.

Tech leaders, meanwhile, have stood firm against crippling encryption with backdoors, with Apple and Tim Cook at the forefront of this argument. That doesn’t mean tech companies unwilling to help intelligence agencies address terrorist threats – but they’ll just do it differently for the time being.

With all that in mind, one can’t help but applaud the NSA’s brilliant stance on encryption while simultaneously feeling a chill running down your spine.

You see, the NSA doesn’t care about whether encryption can or can’t be beaten. The agency has cracked encryption before, and it’s believed to be able to still crack some of it. The NSA doesn’t want backdoors.

You’d have expected NSA directors to have the same opinions about backdoors like other governmental agencies. The FBI said encrypted devices will someday kill a kid, and then revealed encrypted chats prevented the police from learning what two mass shooters discussed before a hit. But the NSA took a pro-encryption stance that’s similar to what the agency said in previous statements.

Encryption, according to NSA Director Adm. Mike Rogers, “is foundational to the future.” That’s what he said at the Atlantic Council on Thursday, The Intercept reports.

“What you saw at OPM, you’re going to see a whole lot more of,” he said. “So spending time arguing about ‘hey, encryption is bad and we ought to do away with it’ … that’s a waste of time to me.

“So what we’ve got to ask ourselves is, with that foundation, what’s the best way for us to deal with it? And how do we meet those very legitimate concerns from multiple perspectives?

“Concerns about privacy have never been higher. Trying to get all those things right, to realize that — it isn’t about one or the other,” he said, adding that he doesn’t believe that “security is the imperative and that ought to drive everything.

“We’ve got to meet these two imperatives. We’ve got some challenging times ahead of us, folks.”

The NSA’s statements aren’t necessarily surprising considering that former NSA boss Mike McConnell also opposed backdoors in encryption. So did Michael Hayden, the NSA Director before him. “I disagree with [FBI Director] Jim Comey. I actually think end-to-end encryption is good for America,” he said a few days ago.

So the fact that the NSA is defending encryption and privacy again is good, right? Yes, it definitely is! But at the same time, given all the Snowden leaks about the agency’s advanced spying tactics, we can’t but wonder whether the NSA’s public stance on encryption is simply the result of its amazing hacking capabilities.

Maybe the NSA doesn’t need to break encryption using a backdoor that third-party hackers might exploit for malicious reasons. Maybe the NSA can access whatever it wants, whenever it wants. That’s something Rogers did not touch on, and we can only make uneducated assumptions about the NSA’s real intentions at this time.

Meanwhile, the White House isn’t going to pursue legislation to outlaw end-to-end encryption, but it’s not defending it publicly either. Independently, the states of New York and California already have proposed bills against encrypted iPhones. Furthermore, Senators Richard Burr, R-N.C., and Dianne Feinstein, D-Calif., are planning their own legislation that would require law enforcement access to encrypted devices.