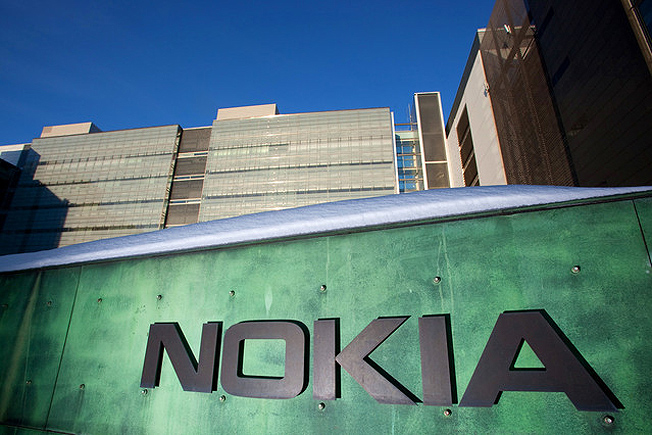 Nokia’s smartphone designs are among the most unique and gorgeous on the market today. The novel shapes and great use of eye-catching colors combine to really separate Nokia devices from the pack. But scale those designs up to a larger form factor like, say, a 10-inch tablet, and you’re left with a gaudy device that some consumers might not even feel comfortable carrying. It wasn’t bad enough that Nokia is reportedly basing its tablet on the device that recently cost Microsoft nearly $1 billion, so the company apparently plans to offer its upcoming Windows RT slate in several garish colors as well. Among them are cyan and bright red, and purported photos of the latter were published on Friday by a Chinese website.

Following a leak on Thursday, Chinese-language Digiwo managed to get its hands on photos of Nokia’s upcoming tablet and they reveal a giant red slab with Windows RT branding and Verizon 4G LTE compatibility. The device also appears to be glossy plastic, so it should attract greasy fingerprints just as well as Nokia’s glossy polycarbonate phones do.

Rumored specs include a quad-core Snapdragon 800 processor clocked at more than 2.1GHz, a 10.1-inch full HD 1080p display, 32GB of internal storage, multiple USB ports, a microHDMI port and 802.11n Wi-Fi. The device will also reportedly support a detachable keyboard similar to Microsoft’s Touch and Type Covers, but with an integrated kickstand.

We like that Nokia is looking to branch out and while tablets are an obvious choice, this device has doom written all over it. Forget that the specs will likely price it out of contention and forget that it’s modeled after one of the biggest tablet flops of all time, nearly every vendor on the planet is backing away from Windows RT right now… because no one wants it.

Using Microsoft’s tablet platform makes sense in the context of Nokia’s smartphones, since they run Windows Phone. But building something you know consumers and enterprise users have absolutely no interest in — while you’re struggling, no less — is questionable at best and downright irresponsible at worst.

Nokia has devoted R&D and other resources to a tablet that, plainly put, will almost certainly be a disaster. Soon it will spend more money to launch and market the device. Hopefully Nokia at least has the sense to limit production so it doesn’t get burned like Microsoft did.

The leaked photos of Nokia’s Windows RT tablet follow below.