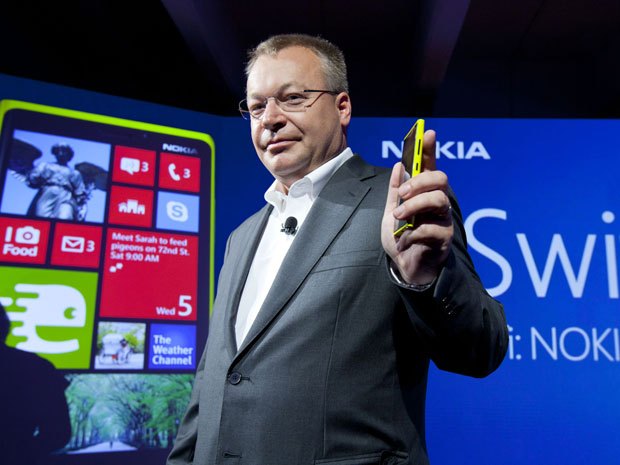 Nokia (NOK) made its biggest positive media splash in years by unveiling a new mapping service today. The Here.net service is going to be available on Apple’s (AAPL) App Store, there will be a toolkit for Android developers and a Firefox OS project. Nokia is buying a company called earthmine in order to speed up 3D mapping development. By next year, Nokia will be collecting 3D mapping info in more than 30 countries. A Nokia app called City Lens is already enabling Lumia users to dabble with augmented reality. Point your phone to a restaurant and see customer reviews pop up.

What ties together the plan to expand mapping services from iPhone to Galaxy S III to Lumia devices — and pile on nifty features like 3D mapping and augmented reality? The goal here is to create a mapping platform that can turn into a foundation and a hub for hundreds of different location-based services. Mapping is the conspicuous Achilles Heel of Apple. Relatively small companies like TomTom and Garmin have been unable to cross over effectively from GPS devices to mass market applications. Twitter and Facebook (FB) dominate social media but they have also been unable to create compelling location-based services. Foursquare remains a bit cultish.

It is clear in hindsight that Nokia and other major handset vendors could have created Twitter so easily half a decade ago. Twitter was originally an SMS-based service that crossed over to PC’s, laptops and now tablets. It would have been a breeze for Nokia to launch its own Twitter, leverage its 40% global handset market share to give it a flying start and then allow it to grow on other hardware platforms like kudzu. But the old proprietary mindset of hardware vendors prevented Nokia or Samsung (005930) from creating a universal, public SMS service, which required broad cross-platform support to truly take off.

The Twitter trauma has been obsessing Nokia executives for years, particularly because there was a Twitter-like service called Jaiku launched in Finland in early 2006. Nokia missed the chance to create a massive social media monster… and now it has a second shot. By broadening the platform support of its new mapping service across Apple, Android, Windows, Mozilla and other platforms Nokia is trying to remake itself into a new kind of tech company — a company that has proprietary systems (such as Asha), but that also tries to create services that are universal.

This is really, really hard so late in the social media explosion. But Nokia is trying to pull this off at a very interesting juncture, at a time when Apple’s tightly closed iOS system has started to show certain vulnerabilities. Apple botched its transition to a new mapping service and its iMessage system is losing ground to WhatsApp in the competition to displace the old SMS technology. Apple’s insistence on maintaining iPhone ASP above $620 is costing it smartphone share in major markets like Brazil, India and China.

Nokia is specifically designing a mapping technology to reach consumers that use cheap, under-$200 smartphones with limited processing power. It means to build a new Twitter — a nexus of location-based services that acts as a social network and reaches both engineers using high-end smartphones in San Francisco and modest feature phones in Jakarta. It’s a bold, crazy gambit. It is, of course, unlikely to succeed, but Nokia finally is showing some of the software verve it possessed in 1996 when it revolutionized mobile phone messaging, UI, calendar and gaming features.