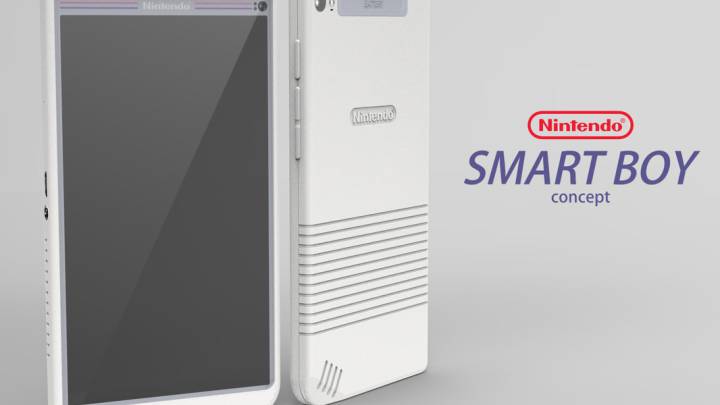 One of the most fascinating announcements that Nintendo has made in the past year is that it has plans to enter into the mobile gaming market. Within the next few months, we’ll be able to buy a first-party Nintendo game on our mobile devices for the very first time, but concept artist Pierre Cerveau decided to take the idea to its natural conclusion.

This is the Nintendo Smart Boy concept — an Android phone made by Nintendo.

Its design is clearly meant to hearken back to the original black and white Game Boy, although the device has received a modern make over. The display is huge, there are front-facing and rear-facing cameras and it features all of the ports and buttons you’d expect to see on any flagship Android phone from Samsung or HTC.

The big twist comes in the form of accessories, such as the “Game Bat” controller you see above. In one image, Cerveau shows how the slot at the top of the device could be used for a multitude of additions, from a larger battery to increased memory to a 13-megapixel 3D camera, giving the phone a modular feel. In another image, Pierre has invented a low-power mode that would make the display look like a classic 8-bit display.

Despite some rumors to the contrary, the chances of Nintendo releasing an Android device are slim to none, but that doesn’t make this concept any less alluring.