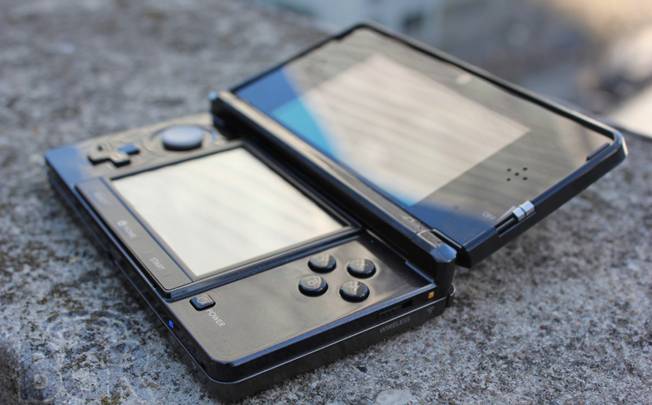 It remains to be seen how well the Wii U sold in its first full year on the market, but at least one Nintendo console flourished in 2013. According to a recent press release, Nintendo sold more than 16 million physical and digital 3DS games last year, a 45% increase in year-over-year sales. The 3DS family (which includes the 3DS, 3DS XL and 2DS) has also surpassed more than 11.5 million sales in the U.S. There were plenty of great games for the portable console released in 2013, including the new Pokemon titles and the system seller that is The Legend of Zelda: A Link Between Worlds. Another long-awaited sequel, Yoshi’s New Island, is set to lead the charge in 2014 as Nintendo tries to top its record once again. The full press release can be found below.

REDMOND, Wash.–(BUSINESS WIRE)–Shoppers bought Nintendo 3DS games in record numbers in 2013, and Nintendo plans more great games to continue the momentum in 2014. Here is a recap of 2013 by the numbers:

“Nintendo 3DS is a powerhouse with games and experiences that appeal to all kinds of players,” said Scott Moffitt, Nintendo of America’s executive vice president of Sales & Marketing. “We’re not slowing down in 2014. With more games featuring fan-favorite franchises on the way, the best days of Nintendo 3DS are still to come.”

Nintendo has great Nintendo 3DS games planned for early 2014 to keep the momentum going. Yoshi’s New Island launches March 14 in stores and in the Nintendo eShop. The game is being produced by Takashi Tezuka, the creative director of the original Yoshi’s Island for Super NES. Yoshi reunites with Baby Mario in a gorgeous landscape to help him to safety. Flutter jumps, ground pounds and egg throws all return, along with some new actions that use the unique features of Nintendo 3DS.

Professor Layton and the Azran Legacy challenges players with more than 150 mind-bending puzzles. In this final installment in the second Professor Layton trilogy, players embark on a worldwide adventure in search of lost Azran artifacts. The game launches Feb. 28 in stores and in the Nintendo eShop.

Remember that Nintendo 3DS features parental controls that let adults manage the content their children can access. For more information about this and other features, visit http://www.nintendo.com/3ds.

About Nintendo: The worldwide pioneer in the creation of interactive entertainment, Nintendo Co., Ltd., of Kyoto, Japan, manufactures and markets hardware and software for its Wii U™ and Wii™ home consoles, and Nintendo 3DS™ and Nintendo DS™ families of portable systems. Since 1983, when it launched the Nintendo Entertainment System™, Nintendo has sold more than 4.1 billion video games and more than 659 million hardware units globally, including the current-generation Wii U, Nintendo 3DS and Nintendo 3DS XL, as well as the Game Boy™, Game Boy Advance, Nintendo DS, Nintendo DSi™ and Nintendo DSi XL™, Super NES™, Nintendo 64™, Nintendo GameCube™ and Wii systems. It has also created industry icons that have become well-known, household names such as Mario™, Donkey Kong™, Metroid™, Zelda™ and Pokémon™. A wholly owned subsidiary, Nintendo of America Inc., based in Redmond, Wash., serves as headquarters for Nintendo’s operations in the Western Hemisphere. For more information about Nintendo, please visit the company’s website at http://www.nintendo.com.