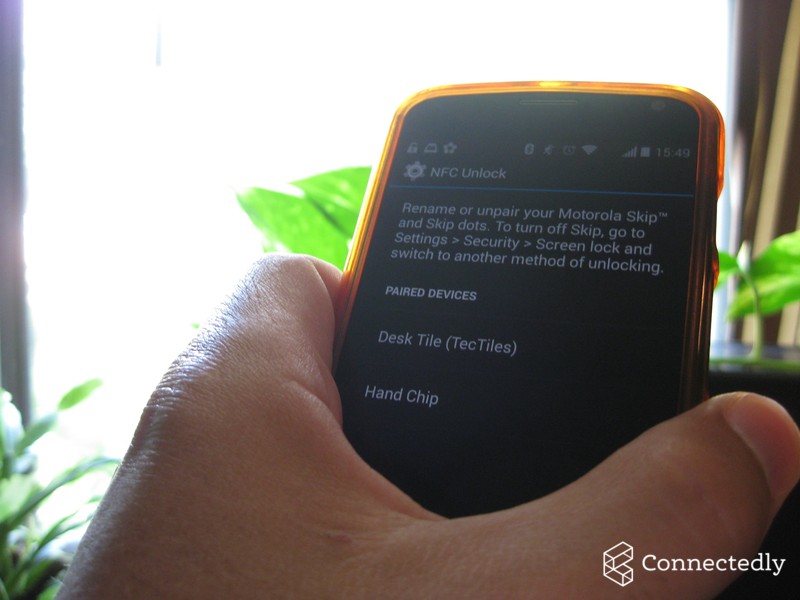 Over the past few years, the Internet of Things has become a major topic of conversation in the world of technology. Within the next decade or so, everything in our homes might be connected to the Internet, from our phones and televisions to our kitchen appliances and our smoke detectors. Before too long, we may even connect ourselves to this ever-expanding network, as Robert Nelson recently did.

Writing for Connectedly, Nelson explains why he decided to inject an NFC chip into his left hand, and the subsequent effects of latent connectivity.

The process of acquiring an injectable NFC chip is surprisingly simple: direct your browser to the Dangerous Things website, pay $99 for a 13.56MHz ISO14443A & NFC Type 2 NTAG216 RFID chipset encased in a 2x12mm cylindrical biocompatible glass casing and find a medical professional willing to go through with the procedure.

This is not tacit approval of such a procedure — as the name of the site would suggest, there are inherent risks involved in the usage of any product the company sells. This warning follows the product description of everything on the site:

This device has not been tested or certified by any regulatory agency for implantation or use inside the human body. Use of this device is strictly at your own risk.

But if you were “interesting and crazy” enough to go through with it, as Nelson says he was, what would the benefits be?

“I decided to keep the use simple and limited to securing my phone initially to keep costs down,” says Nelson. “This meant I could buy the chip kit (for $99) and spend no additional money until I knew there wasn’t going to be any issues.”

Now that his hand has healed, Nelson is looking into other opportunities, such as opening his garage, unlocking his front door or unlocking his car. He might even get a second chip implanted in his right hand to increase the technological functionality of his body. Nelson doesn’t have a great answer for why he decided to go through with such an odd experiment, and he makes it very clear that he wouldn’t encourage or condone the procedure for anyone else, “but showing people how I can unlock my phone has turned into somewhat of a fun trick,” he admits.