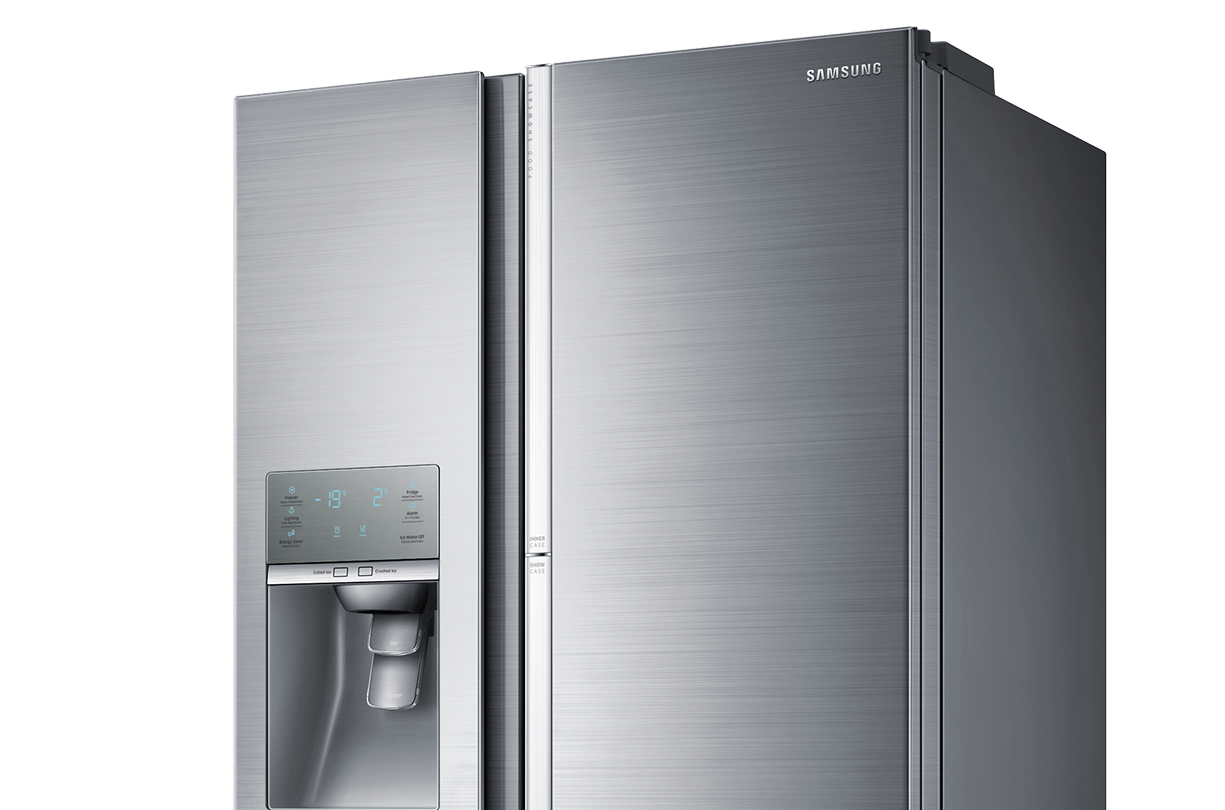 The global slowdown in smartphone and tablet unit growth rates has been tough for a variety of vendors, from HTC to Apple. But for Samsung, the evaporation of mobile division revenue growth is particularly galling, because the company’s winning streak was so long. Two years after HTC’s sales growth stalled and several quarters after Apple’s growth petered out, Samsung sailed on.

Now that Samsung’s smartphone growth has flattened, the company may have to try to jumpstart growth in its other divisions. Judging from its latest refrigerator line, Samsung is going all in on smart kitchen appliances. The new (and fairly oddly named) fridge called Food Showcase features double door technology that turns the inner door into… a food showcase.

The idea is to use both sides of the inner door as storage spaces for food and beverage items that are frequently used, aesthetically pleasing or just downright exciting. After opening the outer door, the consumer can pick up a bottle of orange juice, a chunk of cheese and a bratwurst from the  shallow shelving of the inner door to fix a quick breakfast, without ever having to enter the inner sanctum of the fridge. Large and possible ugly items can be stored in the bins of the inner sanctum. This arrangement prevents cold from escaping from the refrigerator proper every time you open the outer door to pick up a fast snack.

Feeling excited yet? No? Well that explains why this is a bit of a pickle for Samsung.

The somewhat highly anticipated “connected kitchen” concept is stubbornly failing to materialize in the mass market, because nobody has yet quite figured out how to build ovens and fridges with internet connection in a way that would really connect with regular consumers. Kitchen appliance vendors are forced to experiment with structural solutions like double doors to inject some excitement into the market before humankind is ready for truly intelligent, possibly sentient appliances.

In the meanwhile, the great hope of smartphone/tablet market — the flexible display — keeps popping up in exciting demos. But even the most optimistic scenario is for the year 2017 mass market debut. This means that Samsung — and all of us — may be stuck in a consumer goods limbo for a couple of years, waiting for flexible displays and fridges that order our groceries. In the meantime, however, we’ll have to make do with double-door fridges and smartphones whose displays are bigger than previous models by 0.7 inches.