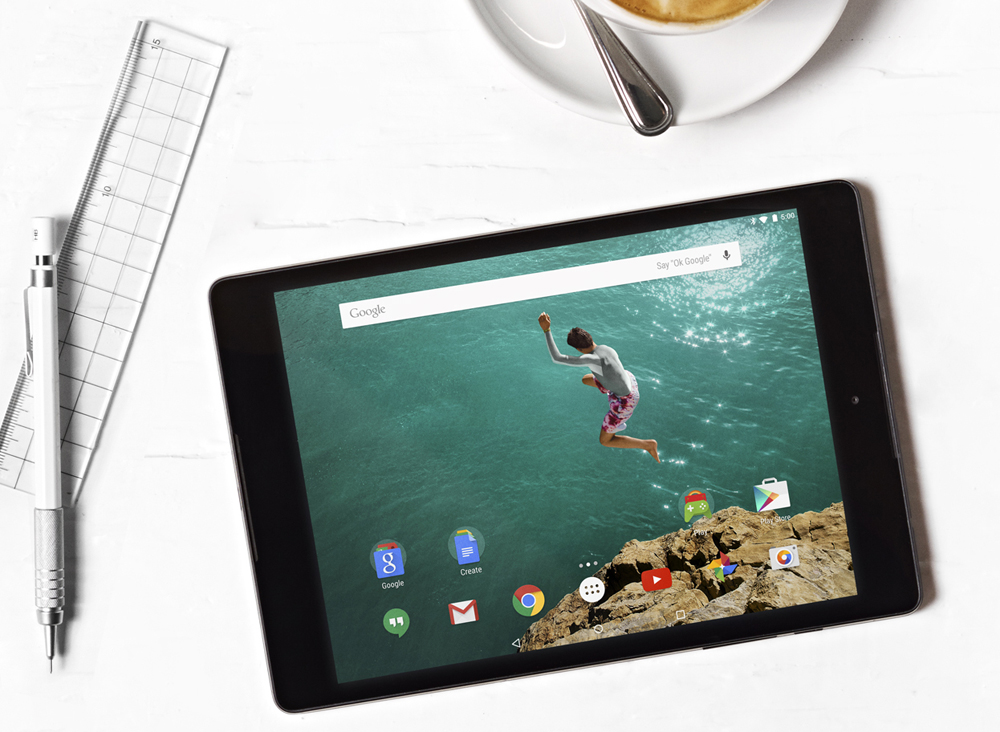 We can’t officially call Google’s new Nexus 9 tablet the best Android tablet on the planet at this point, because we haven’t yet reviewed the sleek and powerful device. From what we know so far, however, it’s certainly shaping up to be the crown jewel of Android tablets. The Nexus 9 is also the first device to feature the latest and greatest version of Google’s dominant Android operating system, Android 5.0 Lollipop.

Now, the Nexus 9 is finally available for purchase as of November 3rd.

FROM EARLIER: New video gives us a fantastic up-close look at the Nexus 9

The tablet has been available for preorder for some time, but now the Nexus 9 is officially on sale, as promised. The online Google Play store showed the tablet as in stock at the time of this writing, and shipping times were listed as 1-2 days.

The Nexus 9 can also be purchased from Google’s retail partners beginning Monday, November 3rd. Best Buy shows the tablet as currently being in stock and available for pickup in many of its stores.

Of note, only the Wi-Fi model is available for purchase at this time, as the LTE version has not yet been released.