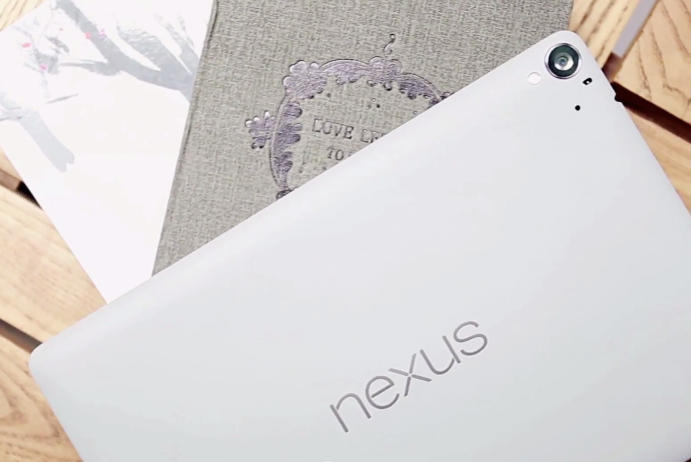 You won’t be able to get your hands on the Nexus 9 for another couple of weeks, which is why we’re glad that Vietnamese YouTube account SChannel has posted a new Nexus 9 hands-on video that gives us our best look yet at the soon-to-be-released tablet. Per Android Police, the video shows us just how incredibly thin the new device is at just 7.9 millimeters while also showing off some key new elements from Android 5.0 Lollipop.

RELATED: The year’s most anticipated Android tablet is here: Meet the Nexus 9

“Despite repeating most of the shots and only featuring the Nexus 9 from afar or with the screen turned off most times, the video still manages to sneak in a few new bits of information,” Android Police writes. “First is the Google Fit icon in the drawer, indicating that Google’s fitness hub will finally see its own app launch with Android Lollipop, and second is that entirely new app drawer. It pops with a nice animation on top of the homescreen, doesn’t seem to take up the entirety of the screen, and offers a new cleaner white background.”

Google unveiled the Nexus 9 alongside the Nexus 6 on Wednesday as showcase devices for Android 5.0 Lollipop. The device is an HTC-manufactured tablet that includes an 8.9-inch display with a resolution of 2048 x 1440 pixels, a 64-bit dual-core processor, a Nvidia Kepler GPU, an 8MP rear-facing camera and 3MP front-facing camera, among many other great features.

Check out the whole Nexus 9 hands-on video below.