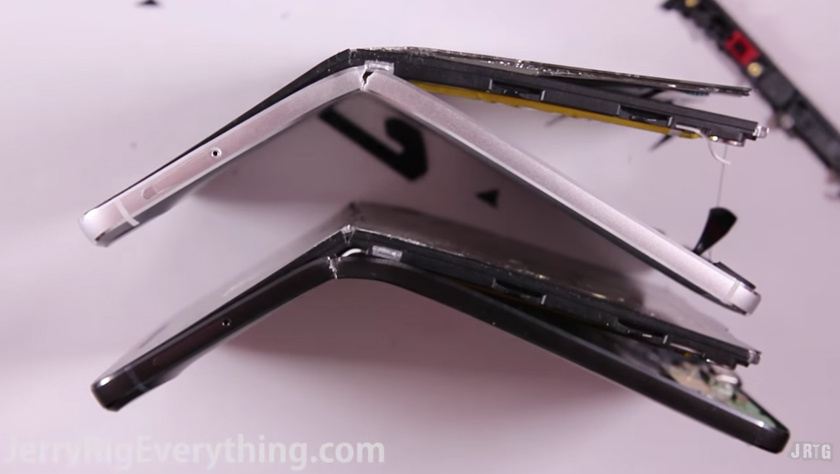 A viral video last week made us question the structural integrity of the Nexus 6P. Does Google’s best Nexus phone yet really bend even easier than the iPhone 6 Plus did last year? Some followup videos have suggested that the initial bend test had flaws and some speculated that the device’s display damage taken before the bend test ruined its overall structural integrity.

However, it looks like the Nexus 6P does have a severe bending problem and a new video reveals why with a highly detailed explanation.

Yes, the phone is made of metal and glass, but the engineering team behind it appears to have made various design errors that make bending an easy process.

That doesn’t mean you shouldn’t buy the Nexus 6P, of course — just because the phone bends, it doesn’t mean yours will under normal usage. In fact, you really have to hold it wrong to bend it. But the video below explains that there’s an increased bending risk for the Nexus 6P and you’ll have to be extra careful with it.

YouTube channel JerryRigEverything, which first drew our attention to the Nexus 6P’s bending problems, followed up on the initial experiment with a second take that’s meant to explain why the phone bends so easily.

Jerry purchased a brand-new Nexus 6P for the test, took it out of the box in front of the camera and did nothing to tamper with the display as he did in the first video. He then explained the various reasons why the phone bends when pressure is applied in a certain way.

For starters, he said the Gorilla Glass, no matter how durable it might be, can’t hold up under stress if a device’s other design flaws hinder its overall durability. The metal frame inside the rear shell isn’t fixed to the chassis with screws and plastic is used to connect aluminum pieces together.

“The aluminum frame is not actually screwed in, or attached to the back housing of the 6P,” the video explains. “They are completely free floating separate entities. The only thing holding the aluminum midframe to the rear of the phone is a super thin piece of glass on top of the device and a few plastic dove tail joints inside… Must have been a brainstorming amateur hour at Huawei when they suggested joining aluminum with a woodworking joint.”

“The second design flaw – in combination with the [one mentioned before], is the thinness of the side walls,” he adds. “If the aluminum back and mid-frame were solidly screwed together, the thinness wouldn’t be an issue. But since the mid-frame freely floats right out of the rear frame when it’s bending, the side walls of the rear frame become super worthless” by themselves.

The third design issue the phone concerns internal component arrangement. The battery is situated in the bottom half of the phone and the motherboard in the top side. Between them, there’s an aluminum structure meant to connect the two and add rigidity. The problem is it’s located right by the power button and that’s exactly where the phone bends.

The full video follows below and it explains all of Huawei’s design choices that facilitate bending on the Nexus 6P. It also explains why the phone can survive in a different kind of stress test, as it was shown in a response video to the first durability tests.