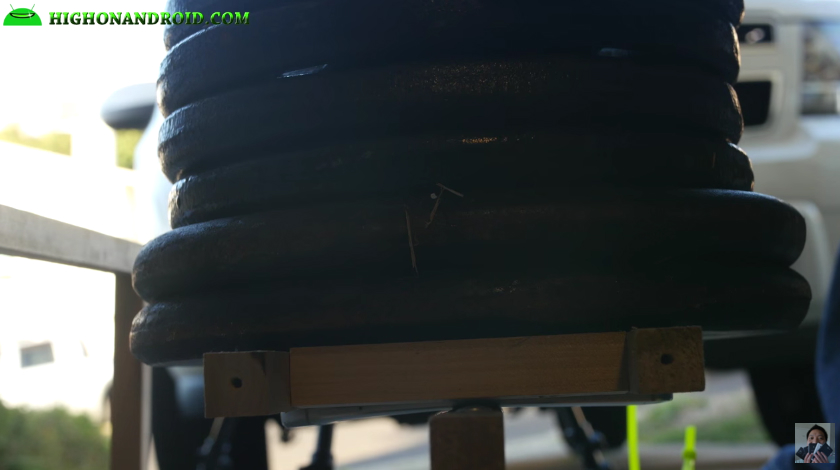 A few days ago, a stress test video of the Nexus 6P made the rounds of the Internet, as it claimed the new Nexus phablet is even easier to bend than the iPhone 6 Plus. While that test seemed to be genuine, the general online consensus appears to be that existing structural damage was responsible for the unlikely outcome. A new similar analysis shows that an undamaged Nexus 6P unit can withstand forces of up to 90 pounds.

In the first video we saw, a user tested the toughness of the screen by attempting to scratch it with various types of materials. One of the scratches eventually broke the screen. Furthermore, the tester used to fire on the display, which may have messed with the glue inside the device. After all this damage, the Nexus 6P practically crumpled in the user’s hands during a bend test.

A different user, meanwhile, decided to do a different kind of test, using actual weights to try to bend a new Nexus 6P whose screen did not suffer any other kind of prior damage. Max Lee improvised a bending rig, using different weights to determine the level of pressure the Nexus 6P can withstand.

“Here’s a bend test of Nexus 6P using a scientific method, it stands up to 90 pounds of force fine,” he wrote on YouTube. “Any further would probably [cause it] to bend drastically and make the phone unusable, so I stopped at 90 pounds.” Lee also said the iPhone 6s was able to withstand 100 pounds of force.

The Nexus phone survived the test though the first bending marks have started showing, with the screen almost coming out of the metal housing. The chances are that adding more force would seriously damage the device. However, this goes to show the Nexus 6P can take plenty of force, a lot more than initially believed.