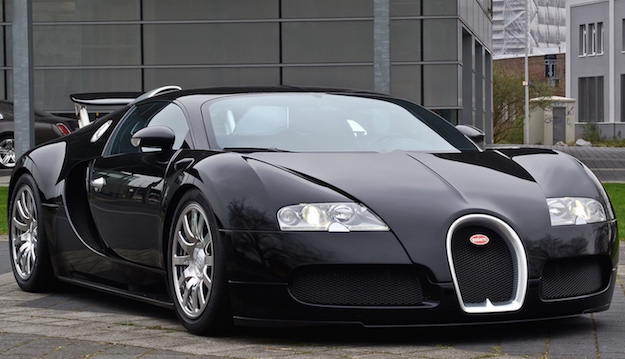 Unlike Ace Hood, I’ve never had the pleasure of unexpectedly waking up in a new Bugatti. Which works out well for me because the upkeep and maintenance on Bugatti’s high-performance cars are enough to make them prohibitively expensive for most everyone on the planet.

Just this past week, Floyd Mayweather dropped a hefty $3.5 million on a brand-new 2015 Bugatti Veyron Grand Sport Vitesse, a beast of a car that can reach a top speed of 254 mph. Clearly, purchasing a Bugatti is a pleasure only enjoyed by the wealthiest amongst the wealthy. But what makes the Bugatti so intriguing is that it’s not just an expensive car to buy, but an exorbitantly expensive car to maintain as well.

Recently, a car collector and YouTuber who goes by the name of Salomondrin detailed the immense expenses that come along with owning a Bugatti.

But since you have to pay tax on every big-ticket purchase, let’s dive into some of the more Bugatti-specific expenses.

As to why the tires are so expensive, a user on Quora explains, “Michelin had to design and manufacture tires specifically for the Veyron. They had to fit staggered rims, be rated for speeds above 250mph, handle 1.3G on the skidpad, and last a whole lot longer than the seventy miles required of race car tires.”

Tires aside, let’s talk about getting your car serviced. Well, making sure your car is running in tip-top shape will put a $30,000 hole in your wallet. An oil change alone runs at about $20,000.

Now we should point out that Bugatti does offer drivers a maintenance program where drivers can pay $50,000 up front and be covered for all maintenance and service costs for a period of three years. I never thought I’d say this, but that $50,000 quasi-insurance plan is a no-brainer.

With a Bugatti Veyron costing an arm and two legs, you might be wondering what makes the car so special.

Well for starters, it’s insanely fast. Not only that, but all Bugatti’s come with a specialized stability control system which enables drivers to maintain complete control over the steering wheel even at speeds higher than 180 mph. Interestingly enough, the only thing preventing the car from going faster than advertised is that Michelin’s hasn’t yet figured out a way to keep its tires from exploding once they reach a consistent speed of 270 mph.

With respect to the care and craftsmanship that goes into creating a Bugatti, the leather interior inside the car may very well be nicer than anything you’ve ever seen inside a car before. To this point, Bugatti gets its leather from cows which are specifically raised at altitudes high enough to prevent insects like mosquitos and bees from tarnishing their hides. We’re talking about premium leather to the nth degree, with not a blemish in sight.

A photo of this exquisite leather, from the interior of a Bugatti Veyron L’or Blanc, can be seen below.

Bugatti’s Facebook page also adds a number of other interesting details about its famed supercar.

And lastly, here’s a shot of Mayweather’s $3.5 million Bugatti. And knowing him, he might have dropped all cash for this bad boy.