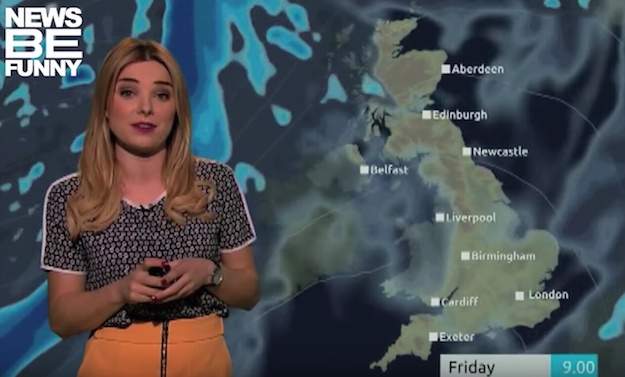 News reporters can be as professional as they come, but sometimes life has a funny way of turning what should otherwise be a serious segment into a comedic blooper. While we’ve covered news bloopers before (this compilation of 2015 missteps is certainly worth taking a look at), News Be Funny recently came out with an entirely fresh batch of bloopers that should be good for more than a few laughs ahead of the weekend.

The beginning of the clip is actually quite harrowing and features a news reporter almost getting clipped by an out of control car. Following that, things become a little bit more lighthearted. From an Irishman bemoaning how Americans celebrate St. Patrick’s Day to a weatherman making a crude joke about his coworkers, the video below is a great way to relax and head into the weekend.

One particularly interesting segment worth checking out starts at about the 3:45 mark and features a weather reporter making an endless stream of Batman v Superman puns. Another great clip, and one we highlighted a few weeks ago, involves a news team paying tribute to Phife Dawg from A Tribe Called Quest by casually dropping a number of Tribe lyrics into the daily traffic report.