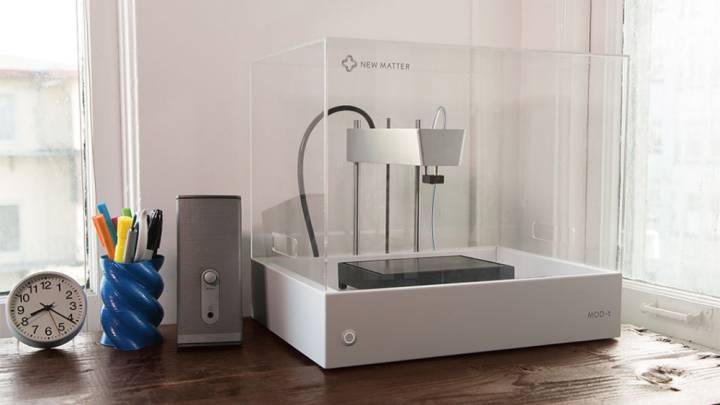 In addition to the printer, the company is working with design company frog, which will help it create various tools and apps that will improve the overall 3D printing experience of the end-user. The company will also offer a store front for designers, who will be able to sell their 3D creations.

“3D printing should be as easy as how we create and communicate,” the company wrote on Indiegogo. “That’s why New Matter is more than just a printer. It’s an end-to-end 3D printing system, including our breakthrough MOD-t 3D printer, complimentary software, and a store full of cool 3D-printable designs.”

With 36 days left on its campaign, the New Matter team has already raised more than $11,000 in pledges. Interested backers can help the project with pledges ranging from $5 to $2,490, although in order to get the New Matter MOD-t printer they’ll have to pledge $149, not including shipping costs.

A video detailing this new 3D printing project, as well as a comparison chart that shows the difference between New Matter MOD-t and other affordable printers follow below.