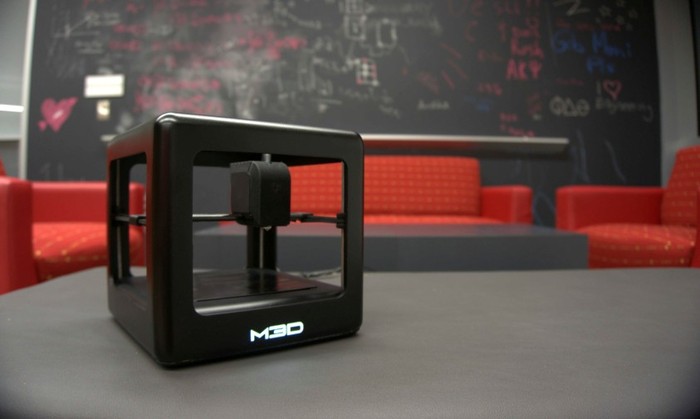 Micro, an unusually sleek 3D printer, is about to hit $1 million in funding on Kickstarter just a day after it started raising funds. The project hits the sweet spot for anyone interested in 3D printing as it might be the first commercially viable $300 3D printer the world has ever seen.

The Micro printer is notably light, weighing just 2.2 pounds. Micro is also doing far better on Kickstarter than Foodini, the nearly equally slick-looking food-printer that created a pretty respectable media splash, but has raised just under $60,000 so far. It’s possible that the pitch of “printing different shapes to encourage kids to eat healthy foods” needs some fine-tuning, especially in a world where people are clamoring for 3D-printed chocolate.

Micro and Foodini aren’t the only popular 3D printers on Kickstarter, of course. A more industrial-looking printer called RoBo 3D reached its $49,000 goal back in early February and is now cruising toward $650,000. The price of a fully assembled RoBo 3D is more than $500, although the vendors are selling a $475 version of the device that they say is “fun” to assemble yourself.

The success of Micro and RoBo 3D seems to indicate that the market for such devices will only truly take off once their price drops to between $300 and $400, which just happens to be the price of a video game console. These current Kickstarter projects are steps toward the moment when one 3D printer will suddenly become popular and profitable enough to start driving manufacturing costs substantially lower. It is exciting to think that either 2014 or 2015 could be the breakthrough year for the nascent 3D printing industry.