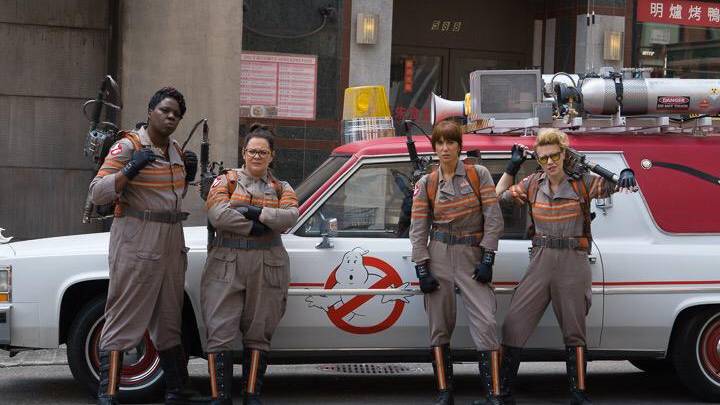 It’s hard to get too invested in a reboot of a classic franchise, but if any of the countless reboots in development are worth getting excited about, it’s the new Ghostbusters movie starring Kristen Wiig, Melissa McCarthy, Kate McKinnon and Leslie Jones.

READ MORE: Meet the dreadlocked hippie who’s an encryption guru and has the NSA freaking out

Over the past few weeks, director Paul Feig has been tweeting pictures of props from the set. We’ve seen the car that the team will cruise around in, the Proton Packs they’ll be carrying on their backs and even the suits they’re going to wear… but we hadn’t seen the Ghostbusters themselves. At least, not until today.

The photo you see at the top of the page was tweeted by Feig on Friday afternoon with the message “#whoyougonnacall” a few hours after fans began sharing photos of the ghost-busting gang on the NeoGAF forums:

The above photo was apparently taken by a fan who happened upon the set during filming. Several more photos followed from user KalBalboa, a few of which we’ll include below:

Ghostbusters will be released on July 22nd, 2016, but hopefully we’ll see a trailer with the crew in action well before then.