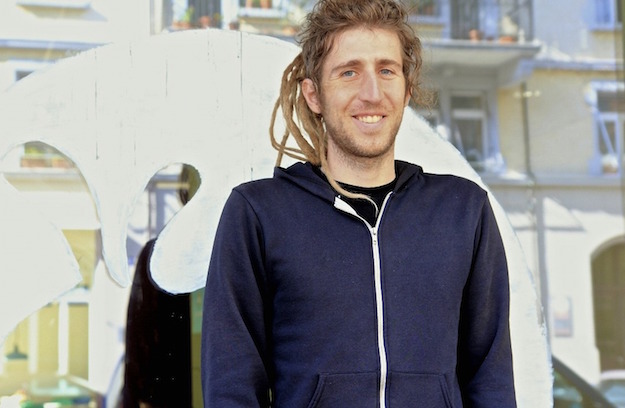 While encryption and secured messaging has long been a topic of interest in tech circles, the issue became a mainstream and hot-button issue in 2013 following a series of Edward Snowden leaks detailing the NSA’s extensive efforts to bolster their electronic snooping capabilities.

In the back and forth battle over consumer privacy, one tends to think of government cryptographers looking to outwit engineers at companies like Google and Apple who help churn out some of the most widely used software across the globe.

But playing an instrumental role in this cat and mouse game is a man you might not ordinarily expect to see in such a discussion.

Meet Moxie Marlinspike, a dreadlocked programmer and apparent encryption guru whose code has left government agencies like the NSA frustrated beyond belief.

In an extensive profile on Marlinspike, The Wall Street Journal details how an encyrption program he wrote was so robust, simple, and efficient that WhatsApp — one of the more popular messaging apps on the planet — “made it a standard feature for many of the app’s 800 million users.”

While he may appear to be like any other dreadlocked dude you might see at a Grateful Dead concert, don’t let the hairstyle fool you. He’s the real deal, having formerly served as the head of Twitter’s security team.

His encrypted texting and calling app, Signal, has come up in White House meetings, says an attendee. Speaking via video link last year as part of a panel on surveillance, former National Security Agency contractor Edward Snowden, who leaked troves of U.S. spying secrets, urged listeners to use “anything” that Mr. Marlinspike releases.

All the more impressive, the report relays an anecdote detailing how a Johns Hopkins University cryptography class examined Marlinspike’s code only to find that there were no errors to be found. Anywhere.

In typical coder fashion, Marlinspike is extremely private. We don’t know his age or much else about him aside from his elegant code. And while the ultimate functionality of what Marlinspike’s accomplishes may not be new in and of itself, his code stands out because it’s extremely easy to use.

Make sure to hit the source link below for the full scoop on Marlinspike and why his code is so highly regarded by privacy advocates and, in turn, feared by outfits like the NSA and FBI. Often times, conversations about privacy center on faceless government agencies and corporate entities. That being the case, it’s a nice change of pace to meet someone, with a name and a face to match, involved on the front lines.

A 2010 Wired profile on Marlinspike is also worth checking out.