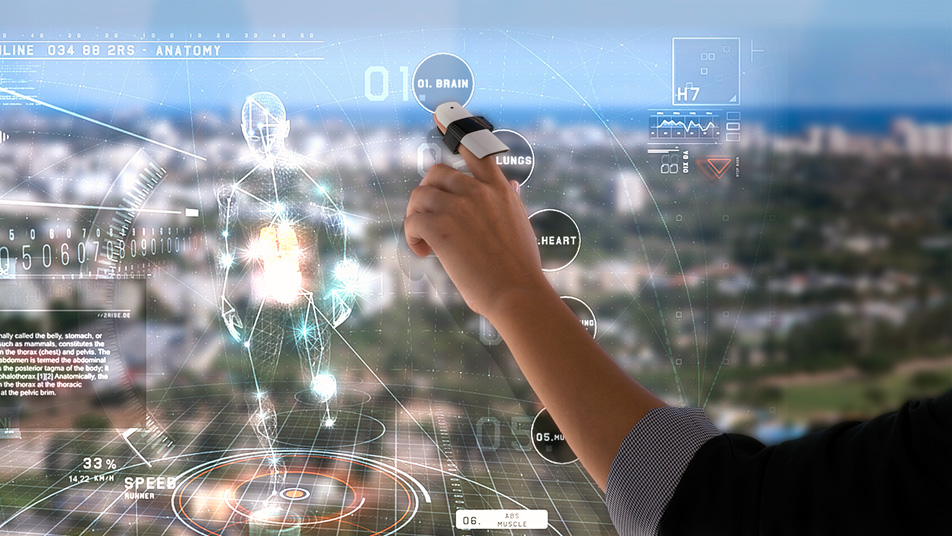 Back in January at the annual Consumer Electronics Show, I saw the future. It’s a bright, exhilarating future where nearly everything around us is connected. The “Internet of Things” isn’t just a buzz term, it’s the start of a transition toward that connected future, when the devices in our homes, offices, cars and on our bodies all communicate and automate.

But there still needs to be a bridge between the user and the connected devices that surround him or her. A means of controlling everything quickly, easily and perhaps most importantly, naturally.

Meet Bird, which could very well be our first glimpse at that device.

For a period of time when Microsoft first unveiled the Kinect, it appeared as though this type of motion-based technology might completely eliminate the need for physical controllers. Then, Kinect actually launched and it became apparent that motion sensing input devices have a long way to go before they’re ready for primetime.

Some day, technology may indeed exist that allows us to control digital devices with our voices and bodies alone. Today and for the foreseeable future, this tech is far too imprecise and unreliable to be used in such a manner.

Right now, IoT companies are focused on smartphones as a means of control for the connected devices they sell. This is fine strategy, and it obviously makes sense — smartphone penetration has grown to more than 75% in the United States, and it’s even higher in some other regions around the world. By simply making iOS and Android apps, practically everyone in addressable markets for IoT companies will be able to control their products.

But how natural is it to control the devices around you with a smartphone?

Device automation technology is improving with each passing day, but the link between people and the devices they want to control is broken. Taking a smartphone out of your pocket, opening an app and shuffling through menus is not a simple and natural way to turn on the lights in your kitchen or unlock your front door when a guest arrives.

Motion sensing technology like Kinect might be able to do all this and more in a decade or so, but Bird can do it today.

Bird is a small device that fits over your pointer and adds gesture based touch-like control to anything and everything that can be controlled by a smartphone, tablet or computer. It’s the brainchild of Israeli startup MUV Interactive, and has been in development for more than five years since MUV was founded in 2010 by CEO Rami Parham and COO Yuval Ben-Zeev.

This is not a fly-by-night Kickstarter company. It is headed by and advised by a number of seasoned industry veterans with impressive resumes. This is also not a new product, per se; MUV has sold more than 15,000 Birds so far to enterprise and education customers.

MUV describes Bird as “a tiny wearable for your finger that makes any space interactive.” The device is worn on the finger and is compatible with any Windows or Mac PC, as well as smartphones and tablets powered by either Android or iOS. Bird packs a suite of sensors that detect things like motion, force, location and proximity. It also includes a mic for voice commands and a small thumb-controlled capacitive touch surface to register taps and swipes.

Obvious use cases include classrooms, where a teacher can control a projected screen for presentations, or allow students to interact with additional Birds; meetings and larger corporate presentations, where the wearer can control a projected screen by tapping directly on a wall or screen, or by using motion gestures; and living rooms, where a TV can be controlled using Kinect-like gestures that are actually registered each and every time, which is never the case with Kinect.

Here’s a video that shows founder and CEO Rami Parham demoing Bird on stage at a trade show:

But the Bird can do much more than that. As I mentioned above, a Bird can control anything a smartphone or computer can control. That might include, for example, drones:

There are no camera tricks in that video, awkward though the directing and editing may be at times. The motion and proximity sensors allow users to control the flight of a drone just as you see in that video. Drones are still something of a niche, of course, but there’s something else you can control with Bird that isn’t a niche: Your home.

My favorite part of the Bird demo Parham gave me last week involved using Bird to control Internet-connected devices in the home. Using the same Bird that had just been turning pages on a projector screen moments earlier, Parham pointed at a lamp and tapped his thumb to turn it on. A twist of the wrist dimmed the lamp, and another gesture changed the color of the smart bulb plugged into the lamp.

Let that sink in.

Automation is a huge part of the connected home, but not everything can and should be automated. What happens when I want to turn on a light myself? What happens when I want to change the temperature on my thermostat or unlock my front door when a guest arrives? Smartphones are not appropriate interfaces in these and many, many other scenarios. Instead, gestures and voice controls are far more natural and logical, and Bird has them both covered.

The enterprise and education uses cases for Bird are clear, but I can see a device like this playing an integral role in many aspects of our connected future. And now, for the first time, consumers can finally get a taste of Bird.

MUV is offering Bird to the general public beginning Monday with preorders set to go live on the company’s website later today. The device will retail for $249, and that includes everything you need: a Bird, a base unit, a cradle that doubles as a charger, and whichever Bird apps you need for your computer and smartphone. Of note, Bird lasts for about 10 hours of use per charge, and the cradle doubles as a portable charger that can charge the device up to five times before needing to be recharged itself.

To celebrate Bird’s general availability, MUV is offering a special discounted price of $149 for the first 10,000 units ordered. And for those wondering, yes, you can buy two Birds and use one on each hand for an experience akin to Minority Report. As many as 10 Birds can be used in tandem, which is great for classrooms or for gaming.

For more information or to preorder a Bird, visit the MUV Interactive website here. Orders will ship in Q1 2016.