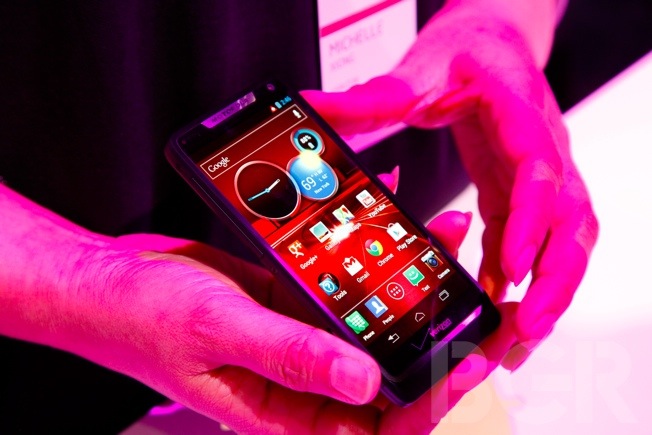 We’ve already taken a look at the dynamic duo Motorola unveiled during its press conference on Wednesday, but Motorola unveiled a third smartphone during the event that certainly warrants a closer look. The DROID RAZR M is an affordable smartphone that packs the kick of a much pricier handset. Beneath the remarkably sharp 4.3-inch edge-to-edge display lies a dual-core 1.5GHz Snapdragon processor, 8GB of storage, 1GB of RAM, an 8-megapixel rear camera, a 3-megapixel front-facing camera and Android 4.0, though Motorola has promised an update to Jelly Bean in the near future. The phone is a little bulky and the build isn’t the strongest you’ll come across, but it’s pretty amazing that Motorola managed to stuff this gorgeous 4.3-inch Super AMOLED display into a phone with about the same footprint as the iPhone 4S. Motorola’s DROID RAZR M will be available for preorder beginning Wednesday at 5:00 p.m. EDT, and it will launch on September 13th for $99.99 with a 2-year Verizon Wireless (VZ) contract.