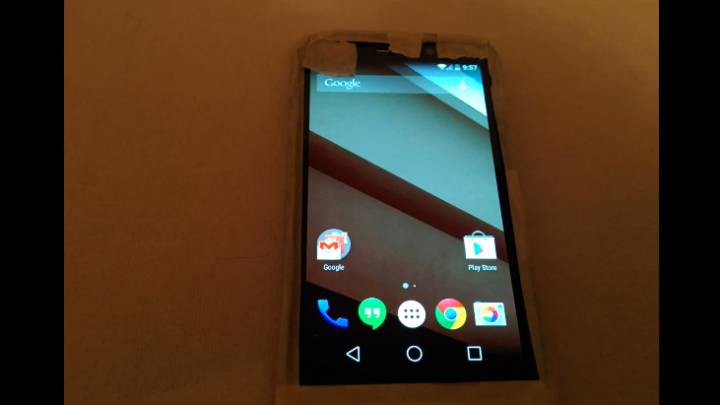 Motorola is apparently working on a few new Android handsets including phablet-sized devices, a couple of new videos posted on TK Tech News reveal. The publication has supposedly gotten in touch with a person who’s actually using such a device, which doesn’t have a commercial name yet, but which appears to be running Android L or some sort of Android L-like launcher on top of stock Android.

What’s interesting about the handset is that it has a display that’s bigger than the Nexus 5’s 5-inch screen, suggesting this may be the phablet Motorola has been rumored to work on.

Furthermore, the display has Full HD resolution, with TK Tech News speculating it may be an AMOLED screen.

It’s not clear whether this is the Moto X+1 – which appeared in previous leaks, and which is said to have a screen bigger than the Moto X’s 4.7-inch display – or a new Droid device, but the handset is working on Verizon’s network, and has Verizon bloatware installed. However, it appears that Motorola may be testing three different new Android handsets.

Motorola is yet to launch any flagship devices this year, as the company has only announced so far a new Moto G version, and the even more affordable Moto E.