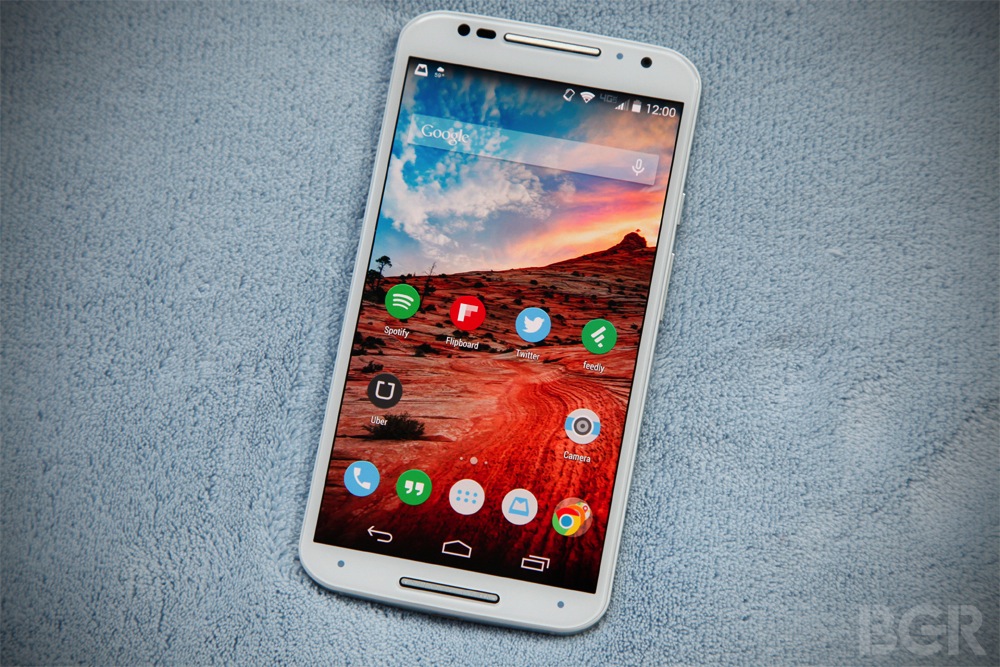 “The best.” I know, I know… who’s to say which Android phone is the best? No two people are alike and different users have different priorities. There are so many factors to consider, it’s obviously impossible to determine the “best” phone for everyone.

While we obviously can’t say which phone will be the personal favorite of each and every person out there, we can consider users’ most common needs and wants in an effort to determine which smartphone might be most suited to the widest range of people.

Since we handle so many phones here at BGR, we’re also able to tell you which handsets offer unique and innovative features that other devices do not. More than that, we’re well equipped to say which smartphones’ unique features might be more widely appreciated than others.

It might seem like each and every new flagship Android phone that comes out is automatically the “best” until the next flagship phone comes along, but we can assure you that’s simply not the case. Impressive specs stuffed into a slim housing do not make a smartphone great — the user experience is what makes a smartphone great.

And when it comes to the user experience, no phone we’ve come across can match Motorola’s brand new Moto X.

Right from the get-go, it’s beyond obvious that Motorola sought to offer the best possible user experience when it created the second-generation Moto X.

Like its predecessor, users can order the new Moto X through Motorola’s Moto Maker website, where people can build a Moto X to suit their taste. Beyond a black or white face, various accent colors and 16 different colors for the plastic back, users may also choose from one of four real wood backs or four genuine leather backs.

The result is a beautiful handset that is a direct reflection of the user’s taste.

In terms of the hardware itself, the Moto X looks and feels like a premium smartphone, regardless of which material the user chooses. The aluminum bezel surrounding the outer edges of the phone play a big role there, as does the fact that the design, fit and finish on the Moto X are fantastic.

Motorola’s second-generation Moto X is a fixed battery phone, so the back is not removable. Some might suggest that this is bad news for heavy users who like to carry a second battery, but I strongly disagree. For the same price as a second OEM battery — and you’ll want to be sure to buy  an authentic OEM battery — users can choose from a wide range of compact portable chargers that hold even more juice than a second battery.

The benefit of not including a removable battery in the new Moto X is that the phone feels fantastic. There is not a single rattle, creak, wobble or mismatched line to be found. The build is perfect.

Also of note, the bamboo wood back on my Moto X review unit from Motorola is fantastic. It looks great, if feels good and it gives the phone some unique flare that no rival device can offer. The leather-backed phones I tried during my meetings with Motorola felt great as well.

Premium backs made of wood or leather cost an additional $25 on the Moto Maker website.

Inside, the new Moto X is every bit as impressive as it is on the outside.

Motorola’s first Moto X was a nice phone but much of its appeal came from its rock bottom price tag. The display was low resolution compared to other leading phones, the specs were lackluster and performance was a bit behind the times.

The new Moto X changes all that.

Motorola’s second-generation X is still surprisingly affordable, with a price tag that starts at $499 compared to $649 for comparable rival handsets. This time, however, the phone’s performance can absolutely keep pace with other flagship phones.

The 5.2-inch full HD OLED display on the new Moto X is absolutely gorgeous. In fact, each and every person I have shown the phone to has immediately commented about how stunning the screen is.

Samsung and LG are typically the first names that come to mind when people discuss smartphone screens, and Apple is also still among the leaders as well. Thanks to the Moto X, we can definitely add Motorola’s name to the list.

This is not a bleeding-edge chipset since the Snapdragon 805 is now making its way into flagship phones, but the money Motorola saved by using an 801 — and the savings it is passing along to end users — does not come at the expense of performance. I have yet to come across any hiccups or bogging while testing this phone.

At first glance, the Moto X’s software appears to be stock Android 4.4.4 KitKat, and for users looking for a great phone that runs stock Android, the X is a terrific option. The Moto X’s version of Android does include some special additional features though, and these new features play a huge role in making the new Moto X so great.

Solutions like Siri pack so much functionality that it’s impossible to remember everything they can do for you. As a result, people end up using Siri to perform a few regular tasks, but mostly just to perform simple web searches.

It starts right when you wake up, when a simple command wakes the Moto X from its nighttime do not disturb mode and prompts the phone to remind you of the day’s first meeting. From there, the sky is the limit.

Yes, the Moto X uses Google Now to do just about anything Siri can do, but it’s much, much more than that.

The phone knows when you’re driving, and it can automatically read new messages aloud. When you’re in a meeting, it will automatically silence notifications. Afraid you missed something important? No problem; simply reaching toward the phone will activate “Moto Display,” a smart and simple lock screen notification system that gives you instant previews only when you want them.

That’s all barely the tip of the iceberg. With the Moto X’s combination of voice and gesture commands, the sky is the limit — but it’s not overwhelming. Core functions are explained well so that users can take full advantage of these special features instead of forgetting about them and letting them sit idle, as is often the case with many of Siri’s best features.

Also of note, Motorola says that the sensors and software that enable all of this great functionality have been optimized so there is barely any drain on the battery, despite the fact that the phone is always listening for zero-touch voice commands and gestures.

Where battery life is concerned, Motorola says you should expect a day of use out of the Moto X. In my usage, the phone indeed lasted through the day, though there wasn’t always much juice left by nightfall.

Heavy users who stream a lot of video and constantly use other power-hungry features may have trouble making it through a full day. Thankfully, Motorola offers a “turbo charger” for the Moto X, which can add eight hours of juice to the phone’s battery in just 15 minutes.

A final note for owners of the original Moto X: The camera on the new version of Motorola’s flagship phone is improved. Images I captured with the new Moto X’s 13-megapixel camera were nice and vivid, though there is still plenty of noise upon full zoom. The phone’s camera can’t compare to market leaders from the likes of Nokia, Apple and Samsung, but it’s pretty good.

In the end, the new Moto X hits all the right notes.

The hardware is beautiful, with a curved back that fits perfectly in hands both small and large. It feels great to hold; the phone is 9.9mm thick directly in the center, but as thin as just 3.8mm in certain areas thanks to the convex design.

The size is also just right, striking a balance by fitting a large 5.2-inch screen onto the device but curving the back so that it feels much more manageable than other phones with similarly sized screens.

Motorola’s software is also fantastic. The Moto X’s various enhancements on top of stock Android 4.4.4 are tremendous, and the company has promised a speedy upgrade to Android L once Google finally releases it this fall.

The second-generation Moto X won’t be the best phone for everyone but all things considered, it hits all the right notes and is a clear leader among currently available Android smartphones.