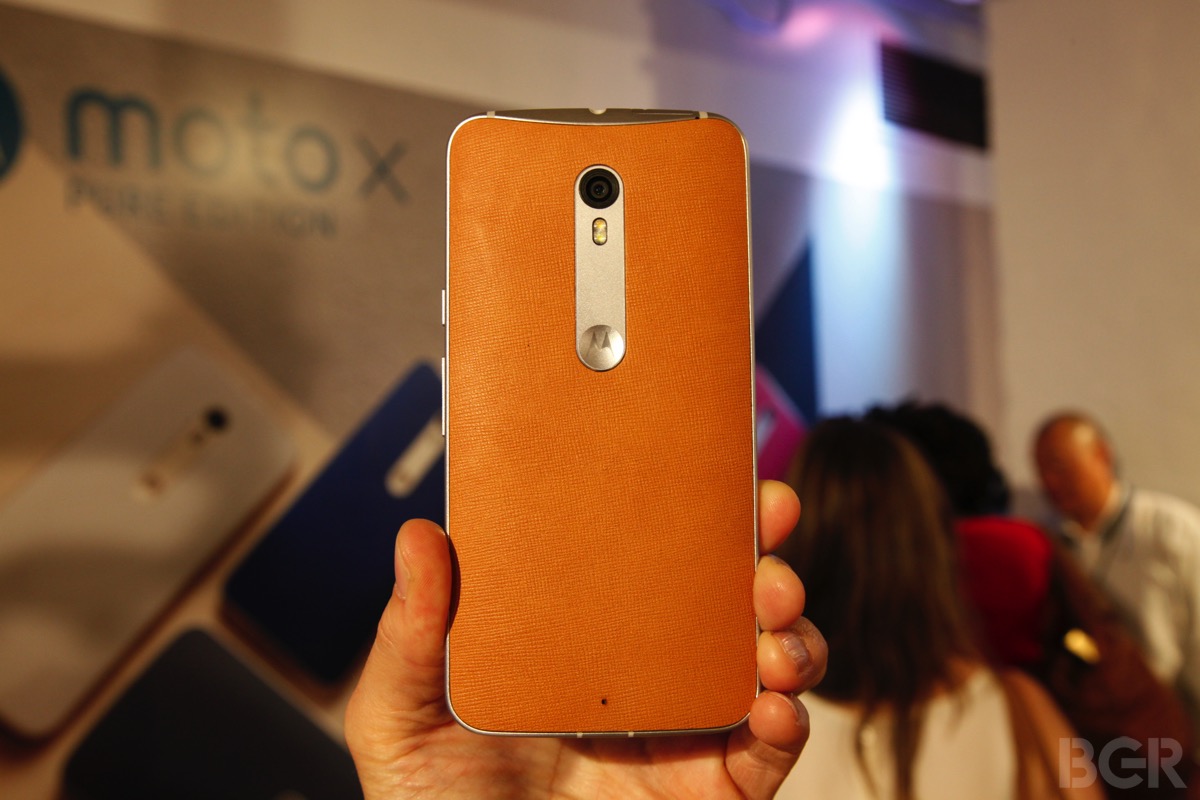 In my hands-on preview of the Moto X Pure Edition, I called it the pure Android flagship phone that Android fans have been waiting for. Well, Android fans, the wait is almost over because Motorola finally announced availability details on Wednesday. And best of all, presales begin immediately, so customers looking to preorder the Moto X Pure Edition to ensure they can get their hands on one as soon as possible can now do so.

In the United States, the Style will be sold directly to consumers with a “pure” version of Google’s Android operating system installed. On the plus side, pure Android and no carrier involvement means Android updates will come shortly after Google releases them. On the downside for Motorola, the lack of carrier assistance in marketing the phones means sales will suffer compared to rival flagship phones.

Where specs are concerned, here’s what Moto X Pure Edition buyers have to look forward to:

Beyond that, Motorola’s new Moto X Pure Edition can be fully customized on the Moto Maker website, with various plastics, woods, soft-touch rubbers and leathers ready and waiting to be carefully configured.

The Moto X Pure Edition starts at $399 and can be preordered on the Moto Maker website beginning immediately. According to Motorola, orders will begin shipping in mid-September.