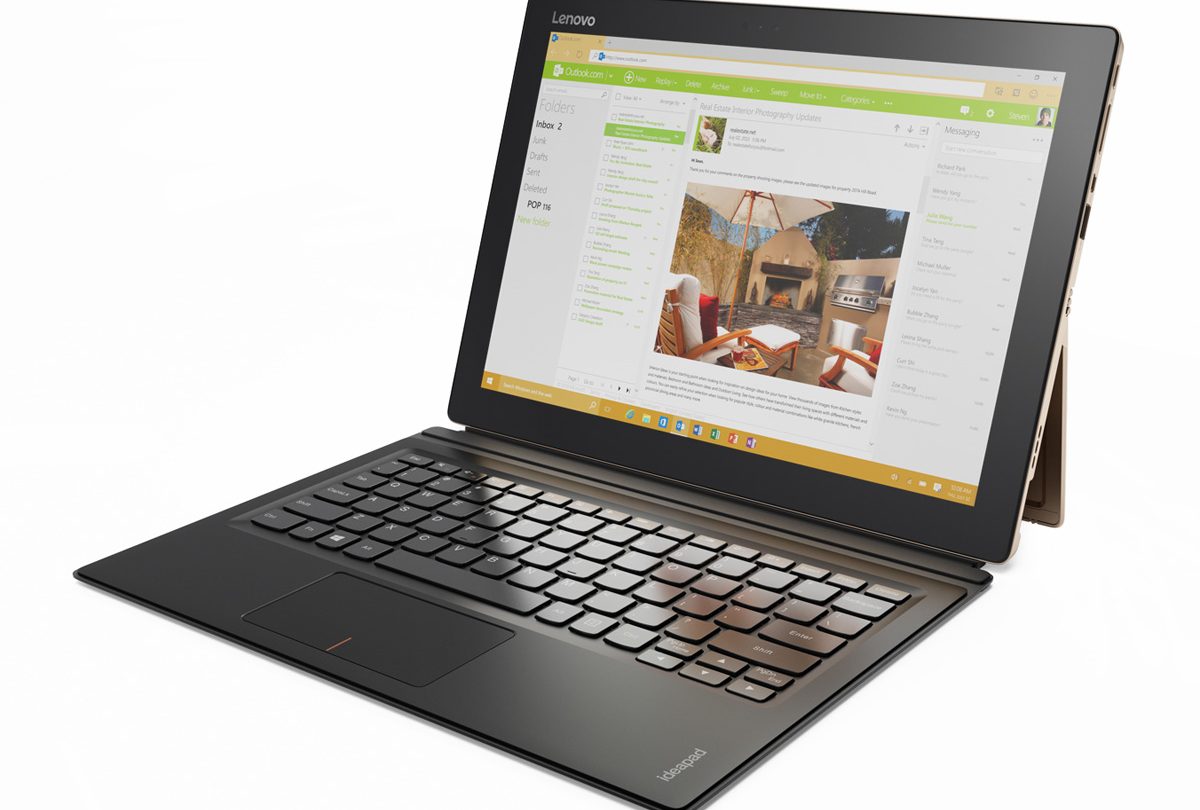 When Microsoft went up against its own Windows hardware partners and launched the Surface line of laptop/tablet hybrids, pundits weren’t sure what to make of the move. The hardware was much more sleek and attractive than anything else on the market at the time, and many initially thought the move was merely an effort to encourage Windows PC makers to step up their game. Of course, anyone who is even the least bit familiar with the amount of work involved with bringing a new product like this to market knew that notion was ridiculous: As of the moment that the first Surface tablets debuted, Microsoft officially became a PC vendor.

The Surface line has since grown into a more respectable business for Microsoft thanks to the lineup’s iconic design that’s portable yet perfect for productivity. Now, however, Lenovo has unveiled a device that is essentially a clone of Microsoft’s latest Surface tablets, but it is significantly more affordable.

Meet the Lenovo MIIX 700, a laptop/tablet hybrid that couldn’t be more familiar. In fact, Lenovo seems to almost be taunting Microsoft in its press release by calling the new device “recognizably different.”

The MIIX 700 falls into Lenovo’s ideapad line of computers and features Intel’s new sixth-generation Intel Core m7 processors. It also packs a better-than-full-HD 12-inch display (2160 x 1440), front and rear 5-megapixel cameras and up to 8GB of RAM. Where storage is concerned, buyers will be able to order the device with up to a 256GB SSD.

The new chipsets mean Lenovo’s latest hybrid device already has a leg up on Microsoft’s Surface Pro, but the price is where things really take a turn toward Lenovo. The Surface Pro starts at $799 plus $130 for a practically mandatory Type Cover keyboard, bringing the total price to $929.

Meanwhile, the MIIX 700 starts at $699, and a removable Type Cover clone is included at that price.