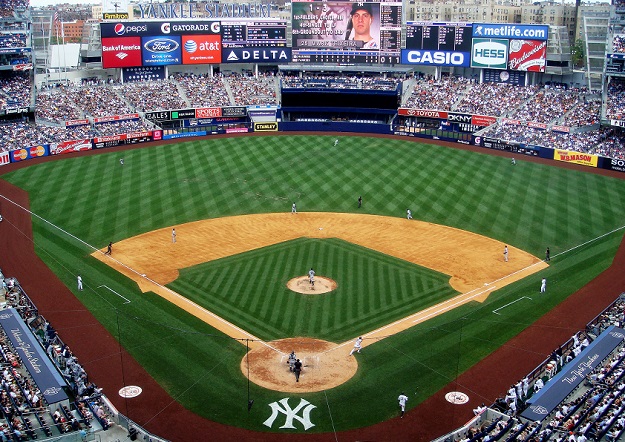 It’s early April, a time of year which, for many people, is synonymous with only one thing: Major League Baseball.

For anyone who grew up in the 80s and early 90s, going to the ballpark was a rather simple affair, food wise. You had your popcorn, some peanuts or crackerjacks, and of course, the tried and true hot dog. But today’s fan demands a more sophisticated menu, which is why many ballparks now offer a range of food items — such as steak and sushi — that may seem sacrilege to old school baseball fans.

Nonetheless, with exciting new food options now available across almost every major league ballpark, it’s hard to keep up with what’s worth getting where. Thankfully, Esquire did a lot of leg work to help figure out what type of crazy and appetizing dishes are worth trying out across all 30 major league ballparks.

Two quick examples include this insane Churro Dog at Chase Field in Arizona:

And this two-foot Korean sandwich at Globe Life Park, where the Texas Rangers play. Appropriately, this sandwich is called the choomogous.

Make sure to head on over to Esquire for the full run down on which unhealthy foods you might want to try this spring and summer.