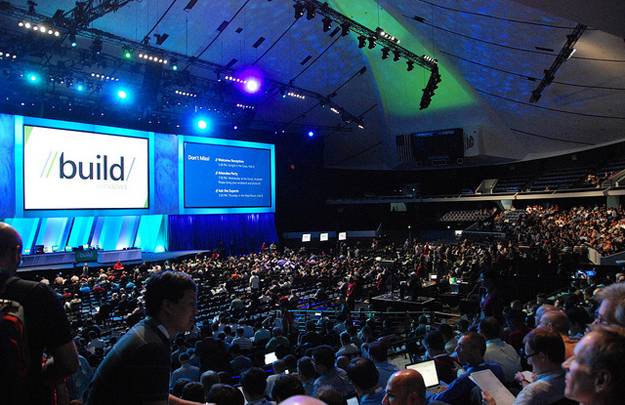 Microsoft finally realized some time ago that it had to make some serious changes if it hoped to continue thriving in a world that had begun to evolve years earlier toward “mobile first.” Windows Phone, Windows 8 and Windows RT were the company’s first huge steps toward the future, and Microsoft definitely had the right idea. Consumers and enterprise users weren’t sold on the new “Metro” interface that Microsoft forced upon them, however, and PC sales have been plummeting as a result. To make matters worse, Windows Phone’s share of global phone shipments remains in the low single digits each quarter.

At its annual Build developer conference that kicks off in mere moments, Microsoft will finally show the world how it plans to right the ship and forge ahead in the “post-PC era.”

Build 2014 is a three-day developer conference packed full of sessions designed to help Windows software makers get the most out of Microsoft’s various platforms. And as is the case each year, the conference will begin with a keynote during which Microsoft will unveil the next versions of its operating systems and discuss many of the new key features we can look forward to once they launch.

Microsoft’s day-one keynote is three hours long, by the way, so there is apparently plenty to unveil.

Want to get all of the action straight from the horse’s mouth as Microsoft unveils Windows Phone 8.1, and updated version of Windows 8.1 and Windows 9? A link to Microsoft’s Channel 9 website, where video of the Build 2014 keynote is streaming live, follows below in our source section.