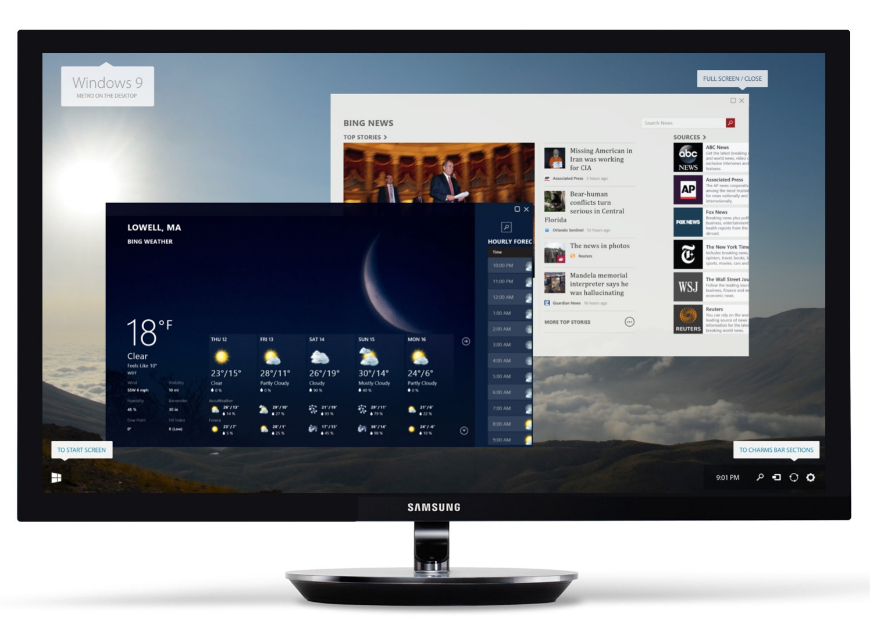 Microsoft is expected to reveal the first details of its next major Windows release this week at Build 2014, ZDNet reports. Windows 9 – codenamed “Threshold” – will supposedly launch in the spring of 2015, but the company is already eager to share its vision of the future of its desktop operating system.

While Microsoft will not actually reveal the full feature list of Windows 9 or mention a target launch date for the new OS, officials are expected to “discuss at a high level the company’s goal to create a new Windows 9 SKU that would run on Windows Phones, ARM-based Windows tablets/PCs, phablets and other kinds of devices.”

Interestingly, Windows 9 might not include a “Desktop for running legacy Win32 apps,” according to “previous tips,” and will be updated “frequently and regularly” via the Windows Store.

At Build, Microsoft is also expected to unveil its first “touch-first” versions of Word Excel and PowerPoint for Windows 8 and Windows 8.1. These apps, similar to what Microsoft has done with Office for iPad, will be more friendly towards touch-based interface than regular Office for Windows apps. This new Office version should be released later this year, in time for the “modern” Windows 9 release. Earlier this year, a hacker claimed that the Windows 9 RTM build will actually be released in October this year, instead of spring 2015 as previous rumors have suggested.

The company will also share more details about bringing the Windows and Windows Phone platforms closer for developers, so apps will work across devices.

In the past, Microsoft has been criticized for choosing to merge tablet and PC experiences in Windows 8, confusing many Windows fans with its new user interface choices – dropping the Start menu was one of the major unwelcomed changes – and resulting app mix between traditional and mobile apps.

In addition to Windows 9 details, Microsoft is expected to announce Windows Phone 8.1 and Windows 8.1 Update 1 features, alongside release plans for these software updates.